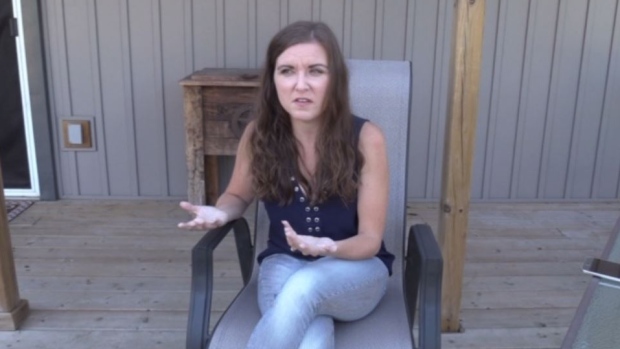 WINGHAM, ONT. — A mother from Huron County, Ont. is adding her voice to the chorus calling on Canada to allow a cystic fibrosis drug that has shown promising results in the U.S.

Melissa Snowden hasn’t been at work for over a year. Her cystic fibrosis is getting worse, and she’s worried about what the future might hold.

The good news, there’s a new treatment now available in 21 countries that could help her genetic disease, whichleft untreated, could very well end her life.

“There’s a new drug out there for cystic fibrosis patients that is saving lives, and we’re not letting it in,” she says.

Trikafta is not yet available in Canada. It’s hung up in the Patented Medicine Pricing Review Board, although its results in the U.S. have been immediate and more than encouraging.

Nicolas Bell is a cystic fibrosis patient from Colorado. He’s been taking Trikafta since March.

“It honestly feels like a miracle. The changes I experienced just two weeks in, were immediate. I mean I literally felt it within hours,” he says.

The cost might be part of the hang up for regulators. A year’s supply of Trikafta for just one cystic fibrosis patient would reach $300,000.

But, Snowden says, the current list of medications for many cystic fibrosis patients, can already reach $200,000 per year.

“When we’re looking at $300,000 a year for one pill that could take away all the hospital visits, that takes away the potential of a transplant, why are not weighing that in?” says Snowden.

In an emotional online video, Snowden, is appealing to Canadians to help cystic fibrosis patients pressure the government to fund Trikafta.

Her appeal is part of a countrywide campaign.

“It would mean going back to work. Contributing to society again would be lovely. It would mean a life, and that would be amazing,” says Snowden.