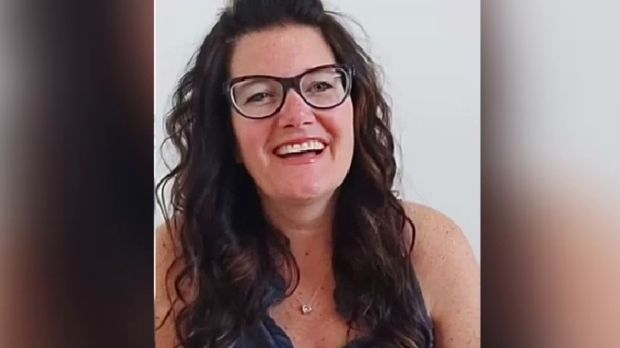 KITCHENER — A Cambridge, Ont., woman who was COVID-19 positive for 76 days said she’s still feeling the effects of the disease.

Tracy Schofield was finally cleared of the novel coronavirus after two negative COVID-19 tests back in June. The negative result came after her 13th and 14th tests.

Even though she’s considered recovered from the disease, Schofield said she’s still feeling the its effects.

“I am still out of breath if I do too much, if I walk up and down stairs,” Schofield said.

“I was really sick and public health told me to make a plan,” she said.

She received two negative nasal swabs in a row in June.

“I’m still not 100 per cent myself, so that’s still a concern,” Schofield said. “But other than that, I’m happy to say I’ve had four negative tests now.”

Schofield said the lingering effects of the virus include shortness of breath, a metallic taste in her mouth and needing to clear her throat frequently.

“The doctors just tell me that hopefully I’ll go back to my normal self, but when?” Schofield said. “I don’t know, nobody knows that.”

Many others have experienced lasting symptoms from COVID-19.

Brian Dixon, an immunology professor at the University of Waterloo, said it’s common for some diseases to have long-term effects.

“The thing about COVID-19 is, we don’t understand the disease,” Dixon said. “A lot of these symptoms are unknown and it does seem to be a particularly widespread disease. So, it does spread to the heart, the lungs, the brain.”

Dixon added there’s no way of knowing how long the effects will last.

“It depends on the individual,” he said. “The lung damage could be long-term, because what happens is when your immune system responds, it uses damaging mechanisms to try and kill the cells that are affected by the virus, but it destroys your cells as well.”

Schofield said she’s feeling a bit better every day and is looking forward to getting back to her normal, healthy self.