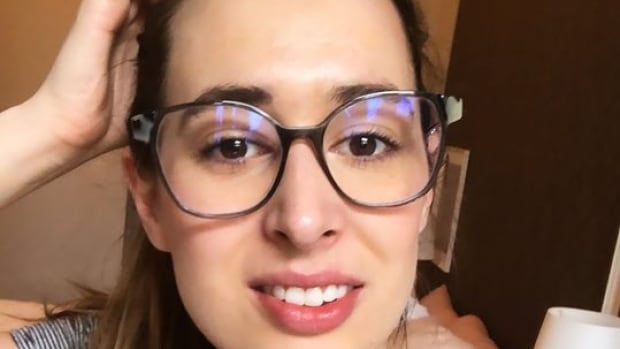 A month ago, Katie Berlinguette started to feel unwell.

The 33-year-old couldn’t sleep and her body ached. She alternated between sweats and chills, and was wracked by fatigue, headache and cough, followed by three days of “the runniest nose in the world.”

The news of an outbreak of COVID-19 at a Vancouver care home had just been reported, and a global pandemic was about to be declared.

Though her friends thought she was suffering from seasonal allergies, Berlinguette knew it was more than that.

“For three days I could barely get out of bed.”

Two weeks after her symptoms began, Berlinguette thought she should be feeling better, but she wasn’t.

“I was declining rapidly hour by hour,” she said.

She called 811 and was told to go to the emergency room at Vancouver General Hospital.

After complaining of chest pains and difficulty breathing, Berlinguette was sent for secondary screening.

A doctor diagnosed her with COVID-19, but she was never swabbed. Berlinguette says her symptoms were obvious.

“I would rather them use their time and resources on someone who would need it more.”

B.C. provincial health officer Dr. Bonnie Henry has said at her daily briefings that not all people with COVID-19 will be tested — including those without symptoms or with mild respiratory symptoms that can be managed at home.

The province’s self-assessment tool says testing will most likely be required for people needing hospitalization, health care workers, residents of long term care facilities and those who are part of an outbreak.

Berlinguette said she was told that once she was admitted into an area limited to COVID-19 patients, friends and family wouldn’t be able to come and visit, no matter how sick she was.

“Essentially if you are going to die or get really ill … the last time you walked outside could be your last time that you walk outside,” Berlinguette said.

But Berlinguette only stayed in the unit a few hours. Her fever subsided, and she was sent home and told to return if she got worse.

Recovering, but still suffering from shortness of breath

After a month, Berlinguette is feeling significantly better, but she’s still experiencing fatigue and shortness of breath.

“I was knee-deep in marathon training just before getting sick, and I was racing and heading into a triathlon,” she said. “I’m really struggling to run for 10 or 15 minutes at a time.”

She’s concerned about long-term lung damage from the virus.

She’s also worried about interacting with others, even from a distance.

“There’s no testing, and I don’t know if I still have the virus,” she said.

“My fear is if I am still contagious and get someone else sick. I will go for a walk out in the open, not near anyone. I’m still not grocery shopping and still not seeing friends or family, nothing.”

It’s still unclear how or where Berlinguette contracted COVID-19 — she hadn’t travelled recently, neither had anyone in her immediate social circle, and none of her friends were sick.

“I know a number of people who are sick and aren’t talking about it with their friends or family or other people,” she said.

“They’re scared that if they get seen outside going for a walk, you kind of get treated like a leper.”