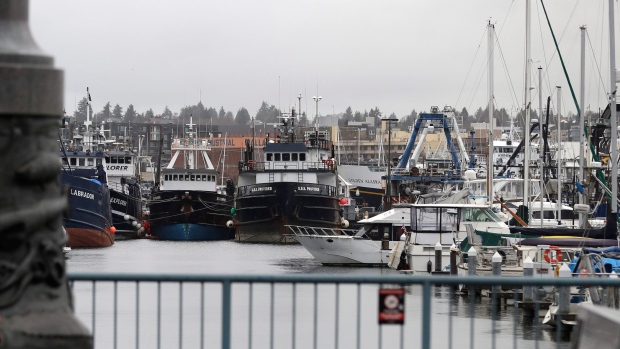 TORONTO — In an effort to keep its crew safe from the novel coronavirus, a Seattle fishing expedition may have inadvertently proven the power of COVID-19 antibodies after the virus swept through the ship.

More than 85 per cent of its 122-person crew tested positive for SARS-CoV-2 after an 18-day expedition from Seattle in May, according to “retrospective analysis” published in the Journal of Clinical Microbiology on Wednesday.

But three people — each of whom showed evidence of “neutralizing antibodies” to COVID-19 prior to departure — stayed healthy before and after the trip. Most of the crew had been tested for the virus before boarding.

The study represents unintentional preliminary evidence that antibodies may prevent secondary infections among people, which may not be clinically proven for some time, researchers noted. To date, only animals have been used to “make inferences” about protection among the human population.

“Human challenge trials, which could provide rapid information about the protection conferred by neutralizing antibodies, are controversial due to the severity and unknown long-term impacts of SARS-CoV-2 infection and concerns over ethical administration of such trials,” they wrote in the study.

Greninger said the new evidence from the three immune people on the fishing vessel leaves him “optimistic” about current vaccine trials. The presence and amount of antibodies in the blood, called “titers,” may be attainable through a number of vaccine candidates currently in trials.

“Vaccines currently in development against SARS-CoV-2 have been shown to elicit levels of neutralizing antibodies comparable to those observed in naturally infected persons,” the study reads.