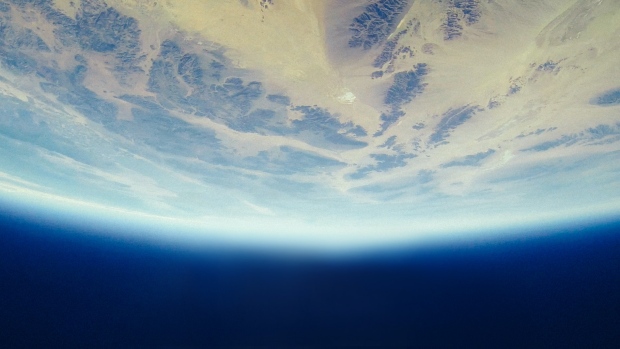 TORONTO — According to new research, an international agreement to protect the ozone layer signed more than 30 years ago has already prevented millions of cases of skin cancer.

In 1987, a landmark agreement was signed in Montreal — a vow by 198 nations to cease or curtail the use of chemicals such as chlorofluorocarbons and other substances known to destroy the ozone layer.

Thanks to the treaty, the ozone layer is projected to recover by around 2050, according to the United Nations, and from 1990 to 2010, the protocol is estimated to have cut greenhouse gas emissions by around 135 gigatons of C02.

But the Montreal Protocol has saved our skins in more ways than one, according to a new study published in August in the journal ACS Earth Space Chem.

The ozone layer acts as a shield around the planet, keeping harmful levels of ultraviolet light at bay. Ultraviolet radiation can harm our eyes as well as promote the development of skin cancer and immunological disorders.

This new study focused on skin and eye health in the U.S., in particular when modelling the long-term effects of the Montreal Protocol, and found that the reduction in ultraviolet light after the treaty came into effect was crucial in cutting down cases of cancer as well as cataract cases.

“We peeled away from disaster,” Julia Lee-Taylor, a co-author of the study, said in a press release. “What is eye popping is what would have happened by the end of this century if not for the Montreal Protocol. By 2080, the amount of UV has tripled. After that, our calculations for the health impacts start to break down because we’re getting so far into conditions that have never been seen before.”

The study built a computer model that looked into both the past and the future, spanning from 1890 to 2100, to track ozone trends if the Montreal Protocol had or had not been ratified.

They found that the treaty is “expected to prevent 443 million cases of skin cancer and 63 million cataract cases for people born in the United States through the end of this century,” the release stated.

It also will prevent around 2.3 million skin cancer deaths in the U.S. during that time, researchers say.

The road to the Montreal Protocol started in the 1970s, when scientists began to realize that chemicals regularly used as refrigerants and in other applications were releasing chlorine atoms into the air, which were ultimately leading to the degradation of the ozone layer.

Then, in the 1980s, a hole in the ozone layer above the Antarctic was discovered, spurring countries into action.

Since the treaty was first signed, it has been amended numerous times to add more chemicals to the list of those that damage the ozone and need to be phased out. These amendments make up for the bulk of the benefit the treaty has done, researchers found, as the UV levels would’ve continued to increase throughout the decades since the treaty without any amendments.

Currently, UV levels are expected to return to 1980s levels by around the mid-2040s — something that would not have been possible without the Montreal Protocol.

This doesn’t mean that we don’t have to worry about UV radiation at all; researchers found that those born between 1950 and 2040 had the worst health outcomes relating to skin cancer and cataract cases in the modelling due to those being the population exposed to the highest level of UV radiation.

But the models show that it could’ve been significantly worse if action wasn’t taken in 1987.

“The treaty had broad global benefits,” Lee-Taylor said, adding that they focused on the U.S. because of access to health and population data.

“It’s very encouraging. It shows that, given the will, the nations of the world can come together to solve global environmental problems.”