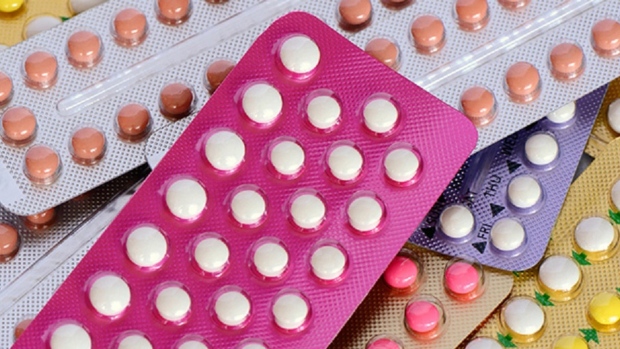 TORONTO — The news that AstraZeneca’s COVID-19 vaccine may cause blood clots, especially among younger women, has left many wondering whether being on hormonal birth control is a factor in developing the rare disorder.

But even though the exact causes of the vaccine-related blood clotting are still under investigation, experts say the birth control link is unlikely.

Despite most of the cases occurring in women under the age of 55, Greinacher said at a press conference on Wednesday that not all those who developed VIPIT have or were taking contraceptives.

Because of this, he explained that hormonal birth control is an unlikely factor in the clotting.

“In my opinion, seeing the very strong activation of the clotting system by these antibodies, minor modulating factors like the pill have probably only very minor influence on the thrombotic outcome,” Greinacher said.

However, he did not deny that there could be some sort of link between the two.

“It might very well be that [contraceptives] don’t make it much better. But the driving force [of VIPIT] is the strength of the antibody and not minor co-factors,” Greinacher said.

Sabine Straus, head of the European Medicines Agency’s safety committee, said during a press briefing in March that an increased risk of clotting due to birth control pills is “always a distinct possibility” in regards to the AstraZeneca complications, and said the agency may investigate it further in the future.

Canada’s National Advisory Committee on Immunization (NACI) has since recommended pausing administration of the AstraZeneca COVID-19 vaccine to those under the age of 55 over fears of the clots.

Dr. Menaka Pai, a specialist in blood clotting disorders and associate professor at McMaster University in Hamilton, Ont., says young women have a higher risk of developing certain types of blood clots regardless of their vaccine status.

She told CTV News that the risk of blood clots is a well-known side effect of hormonal contraceptives that contain estrogen, including the pill, the ring, and the patch.

Estrogen can increase plasma fibrinogen and the activity of coagulation factors in the blood, leading to a greater risk of developing a clot. Studies have found that the hormone also affects how immune cells respond to flu vaccines.

Despite this, Pai says the combination of hormonal oral contraceptives and an AstraZeneca jab won’t double a woman’s chance of clotting.

“I do want to reassure women that just because they’re taking birth control, that doesn’t mean that they shouldn’t get the first vaccine that’s offered to them in Canada,” Pai said.

While no cases of VIPIT have been reported in Canada, Pai said it is important for women to remember that the risk of developing a blood clot as a side effect of contraception is actually higher than the likelihood of clotting due to the vaccine.

According to a study published in The Lancet, those who take a birth control pill have three times the risk of blood clots compared to those who don’t.

UN figures from 2019 found that around 842 million people around the world use hormonal contraceptives. The U.S. National Blood Clot Alliance says this equates to around one in 1,000 women per year developing a clot from their birth control.

Pai said it is important to note that “none of the currently approved COVID-19 vaccines in Canada increase the risk of blood clots overall.”

“AstraZeneca seems to be associated with an increase in rare and serious blood clots, but when we’re talking about the more common class [of blood clots] that we as doctors see and that patients experience, we can tell you that all currently approved vaccines are safe and should not be a concern to Canadians,” Pai said.

Dr. Rachel Spitzer, an obstetrician/gynecologist at the University of Toronto and Mount Sinai Hospital, explained that the clots from the AstraZeneca vaccine form in a different way than that those brought on by contraception.

She told CTVNews.ca on Thursday that this means it is unlikely that birth control would aid the development of VIPIT.

“[VIPIT] is mediated through a very different mechanism than clots related to birth control medications would be,” Spitzer said in an email. “Other conditions, which might be risks for clots on birth control pills, are not obvious risks in this VIPIT condition.”

Despite the concerns surrounding AstraZeneca’s vaccine, Spitzer said women should feel encouraged to take a COVID-19 vaccine once one is offered to them. She said if those taking hormonal birth control are concerned, they should speak to their individual physicians.

Dr. Titilayo Olupona, a family physician in Toronto, told CTVNews.ca on Thursday the risk of developing a blood clot from birth control is based on a patient’s health history.

Olupona said those on hormonal contraception should not worry about the AstraZeneca vaccine.

“It’s safe and it’s a good vaccine. I know that people are worried about the risk of blood clots, but… for those people on birth control, there are no studies out there right now that are showing that being on birth control is going to increase that risk,” Olupona said.

Experts stress that VIPIT is very rare and it is not yet known if certain patients are more likely to get the condition, despite most complications being reported in women.

According to an advisory issued from the Ontario COVID-19 Science Advisory Table, officials “do not believe that VIPIT is more common in people who have had blood clots before, people with a family history of blood clots, people with low platelet counts or pregnant women because VIPIT does not develop through the same process as usual types of bleeding or clotting problems.”

Dr. Donald Arnold, medical director of the Platelet Immunology Lab at McMaster University, told CTV News that it is unclear whether gender differences may make women predisposed to VIPIT.

“Is it possible that some predetermined factors — whether it’s sex or genetic makeup or things like that — may have led to a predisposition? I think it’s possible,” Arnold said.

But Arnold said whether that predisposition is specifically skewed towards women under the age of 55 on hormonal contraception is “hard to say.”

“Another possible predisposition is that women tend to have more autoimmune disease than men do and we don’t really understand why that is,” Arnold said. “And… if there’s a predisposition there to begin with, on top of this new exposure, it’s possible that that may be why women were more susceptible.”

While scientists around the world work to understand why these blood clots are happening, Arnold stressed that the risk of developing VIPIT remains low.

“I think the most important piece is that we’re vigilant, that people are aware that this has occurred, but it’s kept it in context that this is a very isolated event so far [and] it’s extremely rare,” he said.