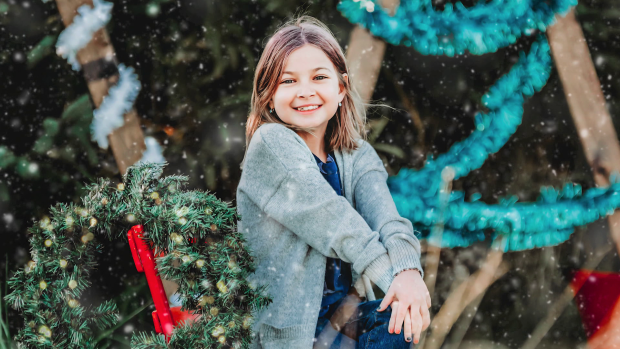 An Ontario mother is raising awareness and pushing for a change in the guidelines for allergy desensitization after her nine-year-old daughter died during therapy.

Like many children, Brooklyn Secor had food allergies, specifically to cow’s and goat’s milk, and her parents say they spent years avoiding contact to diminish the risk of allergic reactions and anaphylaxis.

Her mother, Christina Secor, told CTV News that they decided to try desensitization therapy on a recommendation from an allergist, giving Brooklyn micro-doses of food with milk in it to help her body adapt to the allergen and hopefully avoid life-threatening allergic reactions.

“It sounded as though this was just something simple that we could work on at home that was going to increase her tolerance and it was going to benefit her in the long run,” Secor said.

Studies have shown that allergy desensitization therapy can be effective, but experts warn it needs to be done carefully and under supervision.

Over six months, Secor, who lives in Woodstock, said they added “baked milk crumbs” to Brooklyn’s food once daily. Brooklyn had not had any previous reactions to her baked milk doses and had generally been feeling well through the process, Secor said.

But one evening in May, Secor said Brooklyn began to feel ill after eating a muffin with these milk particles, developing hives as her airway restricted. Secor said she gave Brooklyn Benadryl and two doses of epinephrine via an EpiPen, but hesitated as she was unsure of what to do.

While medical experts stress the importance of using epinephrine early in a food allergy reaction, as reactions can escalate quickly, Secor said she had been given little information from the allergist on what to do in this situation.

Secor said Brooklyn started seizing shortly after and her lips and ears turned purple. She says she turned her on her side, in case she vomited, and called 911, but the situation worsened.

“I called 911 back and they kept asking me if she was breathing, and I was like, ‘I don’t know. I don’t know if she’s breathing’,” Secor said. “She was grey and she wasn’t moving.”

Brooklyn died on her way to the hospital. A coroner’s report later confirmed the death was due to anaphylaxis following her exposure to the milk allergen.

Now, Secor wants other parents to be aware of the risks of allergy desensitization therapy.

Some doctors have been warningabout the need to standardize the protocols for what are called food ladders – tools designed to guide parents through home-based allergy desensitization to milk and other food allergies.

Dr. Harold Kim, an associate professor at Western University and assistant clinical professor at McMaster University, says there needs to be in-depth conversations between doctors and families before starting food ladders.

Without them, he told CTV News there could be more tragic cases like that of Secor’s daughter.

“I think it could potentially happen again, and there’s certainly a risk that it will happen again. So I think we need to look at the variables that are involved at making it more risky for children,” Kim explained.

Studies have shown that allergy desensitization is safer if:

“If we have children with those risk factors, then we have to try to control those variables… and then we have to have a higher level of awareness that patients that are more allergic are more likely to react,” Kim said.

Secor says she received nothing of the sort from the allergist.

“We didn’t have any paperwork or anything,” she said.

While Secor isn’t trying to deter parents from allergy desensitization therapy, she says she wants them to understand that there are major risks.

“I’m not saying don’t do it… I’ve heard that it has great benefits for people, which is amazing… [But] you really need to be careful,” Secor said.

Kim said there is “no widely accepted standardized protocol” for most allergens, including milk, when it comes to desensitization. He said the exception is peanuts, but says therapy for other allergic foods should be mandated to follow similar protocol.

While the food ladder approach has been safe for the “vast majority of children,” Kim said it requires a “very cautious” approach. He added that Brooklyn’s death will likely “raise the level” of discussion and concern in the medical community about immunotherapy protocols.

“I think [her death] will lead to a more cautious and hopefully more standardized approach to doing this,” he said.

Despite this, Secor says her daughter’s death has left her wondering what she could have done differently. Secor said she has been filled with guilt since the incident and feels she could have possibly saved Brooklyn’s life had she given her epinephrine sooner.

“It was a teeny, tiny little piece of muffin, and I never expected her to die from it,” Secor said. “It seems unbelievable, but I want to make sure that nobody else hesitates and that you get the EpiPen right away.”

However, doctors say parents aren’t to blame and that better safeguards for desensitization therapy are needed.

Dr. Carina Venter, who co-wrote a paper on the need for standardized ladder immunotherapy for milk allergies, told CTV News that many parents have reported feeling unsure about how to safely use the food ladder approach at home.

“We’re learning all the time, but we really need to standardize approaches of allergen intake and allergen introduction,” she said.

While advice and protocols have improved over time, Venter said the COVID-19 pandemic has highlighted the need for medical accessibility from home, including immunotherapy.

“COVID has really propelled us into the future. We now have to manage patients at home using procedures such as oral immunotherapy, which we normally would have conducted mainly in a hospital setting,” she said.

“I think it’s really teaching us that we have to expand how we practice allergy or perhaps even other aspects of medicine.”