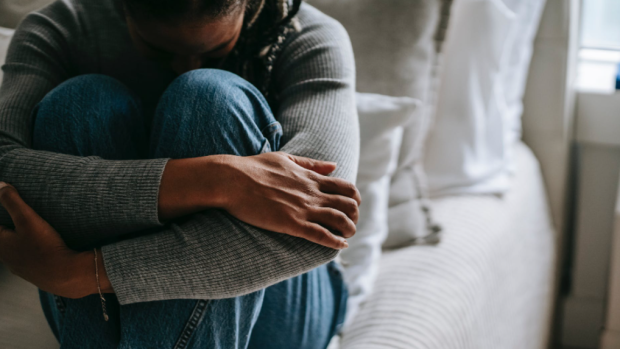 TORONTO — Even though more than 80 per cent of the eligible population has been vaccinated and many businesses and schools have reopened across the country, the anxiety many people have experienced during the pandemic doesn’t appear to be abating.

From the beginning of the pandemic, Canadians have been reporting higher levels of anxiety with one poll by Mental Health Research Canada (MHRC) finding that levels of very high anxiety quadrupled (from five per cent to 20 per cent) in April 2020 after the initial outbreak.

Since then, the research foundation has conducted eight more polls to track Canadians’ perceptions of their levels of anxiety and depression during the course of the pandemic.

David Dozois, a psychology and psychiatry professor at Western University in London, Ont. who was part of the research team conducting the national studies, said Canadians’ reported levels of high anxiety remained consistent (at around 20 to 25 per cent) across all of their polls.

That was despite easing restrictions and lower COVID-19 case counts in the summer of 2020, and, more recently, society reopening and people being vaccinated.

“It’s a problem,” Dozois, who is also a member of MHRC’s board of directors, told CTVNews.ca during a telephone interview from Winnipeg on Wednesday. “It’s affecting their day-to-day lives and having a negative impact.”

MHRC’s most recent poll, which was conducted in August, found that 25 per cent of the more than 3,000 Canadians sampled reported high to extremely high levels of anxiety, with women, younger people between the ages of 18 to 34, and members of the LGBTQ2S+ community more likely to report feeling this way.

Amber Cohen, a Toronto-based clinical psychologist, agreed that the pandemic has resulted in a “huge uptick” in anxiety for Canadians. She said that although they have been isolated at home and some have lost their jobs and other supports they’re used to, many of them have adapted to their new realities, which makes returning to social situations and other pre-pandemic activities also difficult.

“In a way, it’s been unhealthy and difficult to be isolated, but I think a lot of people have kind of acclimated to that and so returning into the world has actually also increased their anxiety,” she said.

“I think that people are definitely kind of feeling like, ‘I don’t know how to be in the world anymore.’”

Dozois said anxiety is largely driven by uncertainty and the COVID-19 pandemic has thrown a “massive curveball at our predictability and control” over the past year and a half.

“I think at each phase of the pandemic, even though things are improving, there still was a lot of uncertainty,” he said.

Dozois pointed to the Delta variant and other variants of concern, the long-term of efficacy of vaccines, and the safety of vaccines for children as more recent pandemic-related uncertainties.

‘I AM STILL REALLY NERVOUS’

That uncertainty is a feeling Morgan Cope knows all too well.

The 28-year-old woman from Simcoe County in Ontario said she was diagnosed with autism and an anxiety disorder as a teenager, but her symptoms have been heightened during the pandemic.

Cope added that the pandemic has been especially hard for her because she has required social assistance due to her disability. She said she works part time as a cleaner for a non-profit organization, but that has been limited because of the health restrictions.

Financial instability and health worries have caused a lot of anxiety for John and Susan Redins in Ottawa too.

John Redins said the payments he receives from the Ontario Disability Support Program (ODSP) for a physical disability he has are not enough to make ends meet so he has taken on three different part-time jobs, which require him to go out in public and interact with people, putting him and his wife at risk of contracting COVID-19.

“The anxiety level is increasing and it’s just frustrating,” he said.

John Redins said his wife Susan has bronchitis and she experienced several strokes during the pandemic and he is prone to lung infections so they’re very worried about their health. He said the current government supports in place for those with disabilities is just not enough.

“With increasing prices, it’s getting even more frustrating for not only me, but for a lot of other people that are on these disability supports,” he said. “[It] frustrates the heck out of us because it’s leaving us in poverty.”

For Rebecca Gabriele, the return to social activities and school has been a difficult adjustment. The 25-year-old returned to in-person classes for the adult learning program she attends in St. Catharines, Ont. two weeks ago.

“I personally think my anxiety has gotten worse with businesses reopening and schools,” she wrote in an email to CTVNews.ca on Wednesday. “I’m worried about catching COVID myself.”

Gabriele said she doesn’t have a spleen so she is particularly susceptible to infections. As a result, she said her anxiety has increased with the reopening.

“I haven’t wanted to go out to visit family and friends. I’ve lost interest in things I love doing. Even going to school in person now is hard for me,” she said. “I’m very anxious about being around others these days more than I was before.”

Cohen said Gabriele is not alone in these feelings and that it’s important for people to understand that they’re not the only ones struggling right now.

HOW TO COPE WITH ANXIETY

Dozois offered a number of tips for those who are currently experiencing anxiety or mental health issues at this stage of the pandemic.

1) Face your fears: Avoiding the fear will only make it worse so Dozois said you should try to overcome your anxiety about something by taking a measured approach and facing your fears in a gradual way. “One way to do that is to create a fear hierarchy or a ladder where you go from zero to 10, 10 being the worst anxiety, and trying bit by bit to move up the ladder and start facing fears.”

2) Try to control what can be controlled: Dozois said by focusing on what you can control instead of what is out of your control, you can eliminate some of the uncertainty that causes anxiety. Come up with an action plan. For example, if you’re scared of contracting COVID-19, get vaccinated, wear a mask, physically distance yourself, and wash your hands.

3) Focus on what the evidence says: Dozois said that when we listen to our emotions or anxiety instead of what the evidence says, it can be dangerous because it often triggers a false alarm about something. “It’s like pulling a fire alarm in the building. The alarm rings just as loudly whether there’s a true fire or not and our bodies do the same thing.”

5) Put structure in your day: Dozois stressed the importance of creating structure and staying active, even when you don’t feel like doing something. “Set up daily routines, as much as possible, get up and go to bed at similar times. Keep up personal hygiene, eat healthy meals, and exercise regularly, and make time for things you enjoy.”

Finally, Cohen added that people with anxiety should acknowledge how they’re feeling and be gentle with themselves during this time.

“Normalize for yourself that we’re in a crisis situation, and there’s a lot of traumatic events that happened to us through this,” she said. “We’re all just trying to figure it out and navigate it and so there’s going to be a lot of trial and error as you figure out how to be in the world with these new experiences.”