Ontario’s top doctor is hopeful that the entire province could be in the least-restrictive green zone by Christmas — even when the holidays are just over five weeks away and coronavirus cases are surging.

But medical experts say there’s zero chance of that happening and are once more questioning the thought process of Ontario’s chief medical officer of health, who is directly informing Premier Doug Ford’s public health decisions.

Ontario has routinely been topping records for new daily coronavirus cases in the past week or so.

“How is it possible that we could come close to approaching the green zone by the end of December, which coincides with the time that [the province’s] modelling shows we could be at 6,500 cases per day with over 400 patients in the ICU?” said Dr. Michael Warner, medical director of critical care at Michael Garron Hospital in Toronto’s East York area, in a video he posted on Twitter. “So this begs the question, why is there such a disconnect between what Dr. Williams says and what I view from my perspective at the bedside?

“If we all do what we’re supposed to do and do it well and consistently and keep at that, we can get these numbers down as we did before, and bring them down to levels so you bring them from the red, to the orange, to the yellow, and I would like to think everybody would be in green, especially before the time of Christmas,” Williams said.

WATCH | Dr. David Williams says Ontario could be in the green zone by Christmas, if people follow public health guidance: 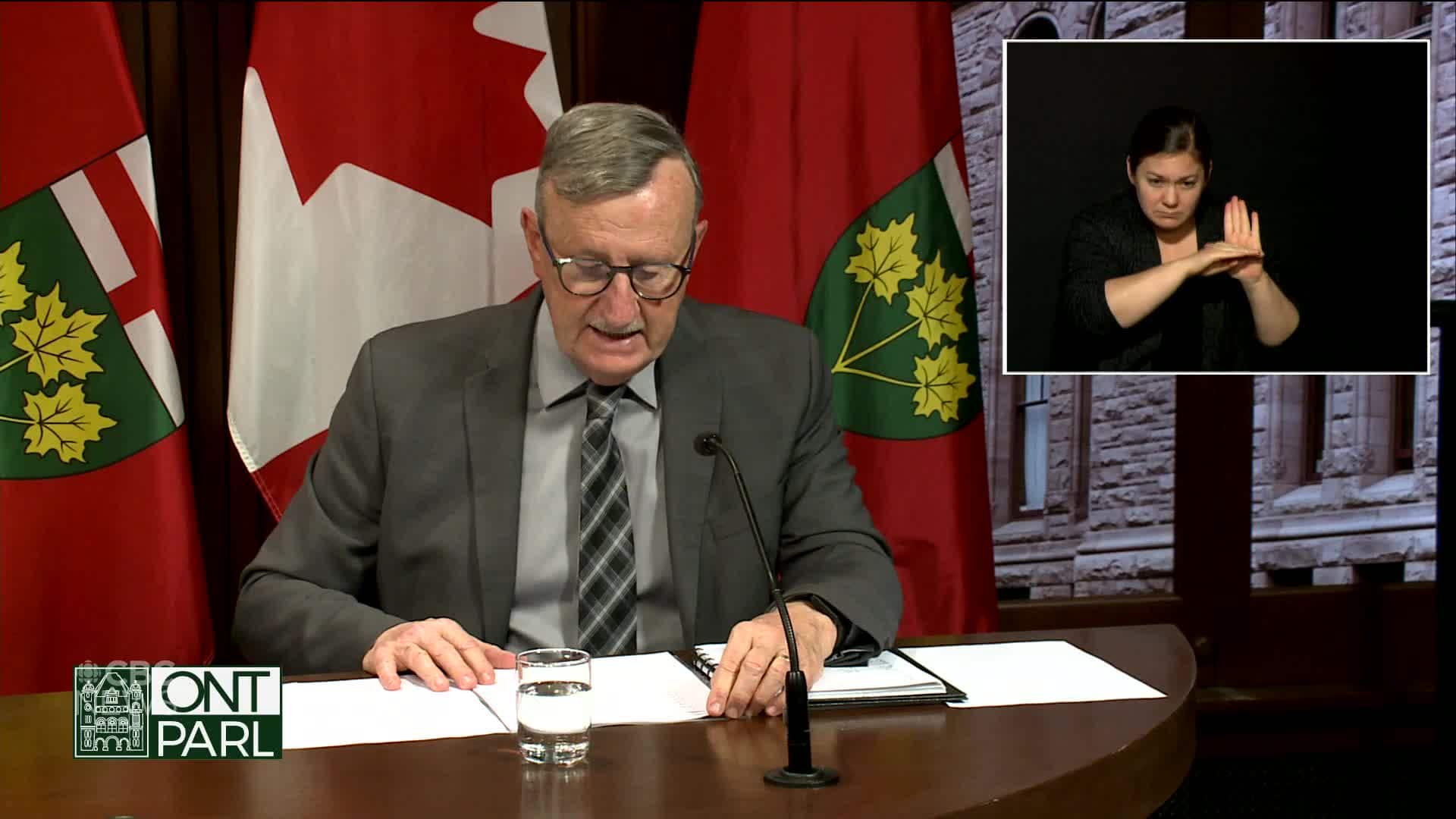 Ontario’s medical officer of health says he is hopeful that the entire province could be in the green zone by Christmas. 0:28

Warner isn’t the sole voice out there saying there is absolutely no way that can happen.

Ashleigh Tuite, an epidemiologist at the University of Toronto’s Dalla Lana School of Public Health, said the math just doesn’t add up. Ontario would need to see declining growth in cases in many health units for that to be a possibility, she said, and that isn’t happening.

“Absent a massive shift in how we manage the pandemic in the province, we won’t all be in green by Christmas,” she said.

Biostatistician Ryan Imgrund, who is currently working with hospitals and public health units including Ottawa and Peel, told CBC News that it’s “statistically impossible” for Ontario to get every region into the least-restrictive green zone by Christmas.

“Dr. Williams’s statement shows he doesn’t understand the statistics, or he doesn’t have access to basic measures like the effective reproductive value [or Rt],” Imgrund said, referring to how many people on average would be infected by one person with the coronavirus.

At the province’s daily news conference on Tuesday, both Ford and Health Minister Christine Elliott said Williams was looking at the situation optimistically.

“I don’t think it’s something we can count on at this point,” Elliott said. “I think he is being very optimistic, that is of his nature.”

Ford said he’s hopeful that things will improve in the coming weeks but also said, “I’d be very cautious at Christmas.”

To be in the province’s green zone, a region would need a weekly incidence rate of below 10 new weekly cases per 100,000 people, with per cent positivity below 0.5 per cent and Rt values below one. The province’s own documents say that in the green zone, hospital and ICU capacity is adequate, and contact tracing is taking place — something Toronto had to largely abandon, thanks to surging case counts. Parts of the province that are currently in the green zone include Thunder Bay, Peterborough and Algoma health units.

By contrast, many of Ontario’s most populous regions are currently in the red zone, which includes a weekly incidence rate of more than 40 per 100,000, a test positivity rate of greater than 2.5 per cent and an Rt of greater than 1.2.

In other words, the gulf between red zones and green zones is wide, and to this point, isn’t closing.

See the province’s latest thresholds for yourself in the following PDF. If you can’t see the document, follow this link.

“When I look at the province’s own data … really without exception, we are so far away from being in the green zone — particularly in the red zones,” Warner said, noting that ICU admissions, hospitalizations and deaths are all increasing.

“That is impossible for the entire province to be in the green zone.”

Several medical experts have previously questioned Williams’s advice to the premier, though Ford has repeatedly stood by his chief medical officer of health, who he says works tirelessly for Ontarians.

Williams was appointed by the previous Liberal government in February 2016. He was previously the medical officer of health for the Thunder Bay District Board of Health.