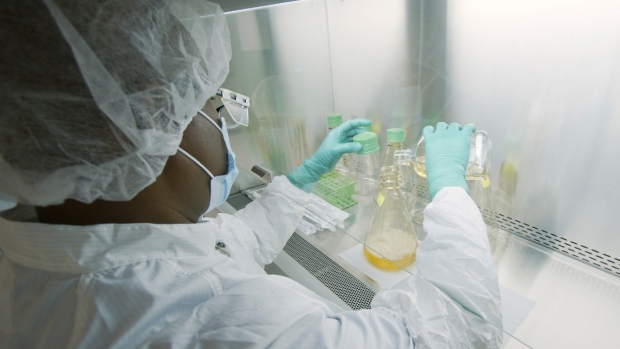 A new study that tested live SARS-CoV-2 against blood samples in a laboratory setting is suggesting that those who survive a breakthrough infection may have some sort of ‘super immunity’ against variants.

The study, which was published Thursday in the Journal of the American Medical Association, focused on how those with breakthrough infections had a subsequent strong immune response against the Delta variant, which researchers believe is an indication that there will be a strong response against other variants as well.

“We have not examined the Omicron variant specifically, but based on the results of this study we would anticipate that breakthrough infections from the Omicron variant will generate a similarly strong immune response among vaccinated people,” Fikadu Tafesse, assistant professor of molecular microbiology and immunology at the Oregon Health & Science University (OHSU) and senior author of the study, said in a press release.

Researchers used live SARS-CoV-2 variants to test against blood serum from 26 people who came down with COVID-19 after being vaccinated, as well as 26 vaccinated people without breakthrough infections who served as a control group.

What they found was that the level of antibodies in those who had breakthrough cases was higher and more effective than the antibodies generated two weeks after receiving a second dose of the Pfizer vaccine.

The antibodies were as much as 1000 per cent more effective in those with breakthrough infections, the release said.

“You can’t get a better immune response than this,” Tafesse said. “These vaccines are very effective against severe disease. Our study suggests that individuals who are vaccinated and then exposed to a breakthrough infection have super immunity.”

Participants were recruited from fully vaccinated health-care workers at OHSU between January and August, and the control group was age and gender matched to those with breakthrough infections.

Researchers then exposed the blood samples of those participants to live virus in a lab and compared the antibody response between the control group and those with breakthrough infections.

Researchers say that the results highlight the importance of getting vaccinated.

“The key is to get vaccinated,” Dr. Marcel Curlin, associate professor of medicine (infectious diseases) in the OHSU School of Medicine and a co-author of the research, said in the release. “You’ve got to have a foundation of protection.”

He added that as more people get vaccinated, these results could indicate how protection will add up with time.

“I think this speaks to an eventual end game,” he said. “It doesn’t mean we’re at the end of the pandemic, but it points to where we’re likely to land: Once you’re vaccinated and then exposed to the virus, you’re probably going to be reasonably well-protected from future variants.

“Our study implies that the long-term outcome is going to be a tapering-off of the severity of the worldwide epidemic.”