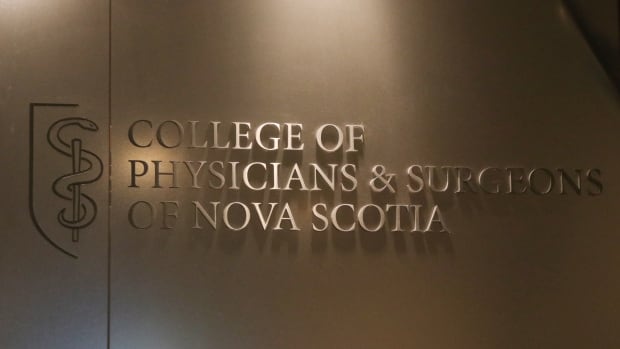 A physician who is licensed in Nova Scotia says the timelines and late fees for licence renewals are another barrier to recruiting doctors to the province.

Dr. Ajiri Ikede, a Dalhousie University graduate who works in Ottawa, maintains a licence in Nova Scotia to keep his options open. It’s common for physicians to have licences in multiple provinces.

Licences for Nova Scotia doctors expire each year on Dec. 31 and the annual fee is $1,950. Ikede incurred a late fee of $487 for paying his fee after Nov. 30, but before the end of the year.

“I said, ‘How can I be late on something that hasn’t expired yet?’ And they said, ‘Well, that’s our policy as long as you don’t meet our renewal window,'” he said.

Ikede compared it to home or auto insurance, and said it would be unacceptable to charge late fees early.

It’s up to each province’s medical college to set rates and renewal rules.

Ikede admits he was repeatedly warned by email that his fees were due. He’s been licensed in the province since 2010 and never missed the deadline before.

“Imagine if you got an email the first week of November knowing that your licence is good till the end of the year,” he said. “That’s not going to be on the top of your priority list of the other 150 emails you get that day.”

The College of Physicians and Surgeons of Nova Scotia said about 100 other physicians were issued a late fee this year. It said the late fees add a layer of protection for patients.

“Our legislation requires that a physician’s licence is suspended if not renewed by year end,” it said in a statement.

“When this happens, the first week of January may have cancelled surgeries or closed clinics or emergency departments.”

Last year, more than 500 physicians renewed on the last day before the late fee took effect, the college said, while the remaining 100 were charged the $487 fee.

“These 100 physicians would have had their licences suspended by force of law, and patient care would have been interrupted dramatically,” the statement read.

Ikede said he understands the necessity for deadlines, but said the 25 per cent fine is extreme. He said it took five minutes to renew his licence online.

“The college is getting almost $50,000 every year just from late fees collected in the month of December,” he said. “That seems like a lot of money to me to be collecting and when you consider that the removal process is pretty much automated.”

Ikede said he’s so frustrated that he plans to stop renewing his licence in Nova Scotia.

The college said it will waive Ikede’s late fee and review the ways it communicates with physicians in the future.