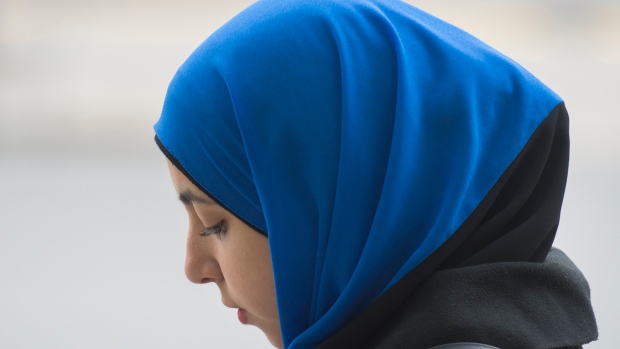 A recent letter published in a leading Canadian medical journal has stirred up debate — and controversy — around the hijab and prompted calls for a full retraction.

On Dec. 20, the Canadian Medical Association Journal (CMAJ) published a letter, with the headline “Don’t use an instrument of oppression as a symbol of diversity and inclusion,” responding to the journal’s use of an image last month of two young girls, one of whom is wearing a hijab. The image accompanied an analysis on social interventions in primary care.

Penned by Montreal pediatric surgeon Dr. Sherif Emil, the letter says he respects the choice of women, including those he has interacted with, to express their identity as they desire, adding that the harassment and discrimination some women experience for choosing to wear the hijab is both “real” and “wrong.”

“But respect does not alter the fact that the hijab, the niqab and the burqa are also instruments of oppression for millions of girls and women around the world who are not allowed to make a choice,” the letter says.

Emil’s letter goes on to say that he respects “women who see the hijab as liberating. But we must also remember the women and girls who find it oppressive and misogynistic.”

CTVNews.ca reached out to the CMAJ but did not receive any further comment.

Since the letter was published, and following a backlash on social media, the interim editor-in-chief of the CMAJ, Dr. Kirsten Patrick, as well as the CMAJ itself, apologized for what they described as the harm caused by the letter.

The Muslim Advisory Council of Canada also has called for the CMAJ to retract the letter, as has the National Council of Canadian Muslims, who have described it as an example of Islamophobia.

“I take full responsibility for publication of this letter. I am sorry for the harm that it has caused. I was moved to publish it following a call with Muslim women physicians who objected to an image CMAJ had used that evoked their trauma of being forced to cover up as children,” Patrick said in a series of tweets.

“Islamophobia is a serious health issue. It kills. The letter’s title suggests that the hijab is unequivocally an instrument of oppression; that is wrong, hurtful & offensive. I take full responsibility for the headline. As an editor I know the power of words & that is my error.”

CTVNews.ca spoke to both Emil and a representative from the National Council of Canadian Muslims to discuss the letter and parse through the various arguments being made.

Hijab is an Arabic word with various translations, among them barrier, partition or curtain.

While it is most commonly associated with the head covering many Muslim women wear, it holds a broader meaning in Islam for both men and women around principles of modesty and privacy.

In practice, Muslim women observe hijab in front of non-Muslim men, or Muslim men who are unrelated — hijab, for example, wouldn’t need to be observed in front of a husband, father or brother.

Wearing the hijab, along with other forms of religious dress such as the niqab and burqa that cover most or all of a woman’s face, has proved controversial.

For many Muslim women, the choice to wear the hijab is an expression of faith. In countries such as Iran, wearing the hijab is compulsory, and acts of protest against forced veiling laws have led to lengthy prison sentences.

European countries have considered and implemented certain bans on face coverings. In France, the first country in Europe to ban full veils in public a decade ago, controversies also have emerged over the use of the so-called burkini swimsuit.

In Canada, the Federal Court of Appeal dismissed an appeal in 2015, made by the federal government under former prime minister Stephen Harper, challenging a Federal Court ruling that found bans on face coverings at citizenship ceremonies to be unlawful.

In 2019, the Quebec government passed a law banning public-sector employees in positions of authority from wearing religious symbols. Partially upheld by a Quebec court this spring, the law has been criticized for targeting Muslims, Sikhs and Jews, and has been cited as the reason why a Grade 3 teacher in Chelsea, Que., lost her job this month because of her hijab.

Speaking to CTVNews.ca by phone, Emil said his letter tried to address a couple of main points, namely the appropriateness of showing a toddler or “pre-pubescent” girl wearing a hijab — something he says an “overwhelming majority” of Muslim families wouldn’t do — and the millions of women around the world who don’t have a choice either way.

He says that before the letter was published, he met with the CMAJ’s publisher and interim editor-in-chief, along with a trainee who asked to remain anonymous.

The trainee said the image brought back memories of being forced to wear the hijab as a child, and being taught that her body was desired by the opposite sex and should be covered, a perspective that Emil wanted to share in his letter.

Although he did not write the letter’s headline, he received a draft and says he should have changed it, agreeing the title is “inflammatory” and doesn’t capture the full argument he was trying to make.

He adds that while he didn’t personally attack the CMAJ, he also feels for Patrick, the interim editor-in-chief who made the decision to publish.

“We met with the editor-in-chief and the publisher of the CMAJ by Zoom, and she encouraged me to respond, because she also had not felt that she had thought about what it means to publish a picture like this,” Emil said.

He says the discrimination that women face for choosing to wear the hijab and its use to oppress women around the world are not mutually exclusive.

On Quebec’s religious symbols law, Emil says he is “vehemently” against it and all laws that exclude women from the workplace just for wearing a hijab.

He says he also has heard from those who share the same feelings, reading one message to CTVNews.ca that he said he received from a doctor in Vancouver who detailed her experience of being hit by a bus driver in Iran as a young girl after taking off her hijab.

On calls to retract the letter, he says that is a decision the journal will have to make.

“My own personal feeling is I don’t believe that would be appropriate,” he said.

Lina El Bakir, Quebec advocacy officer for the National Council of Canadian Muslims, said that with the Muslim community “1.8-billion-people strong” worldwide, experiences with the hijab will vary.

As a woman who wears a hijab herself, she says it gives her strength and happiness. The letter, however, mostly focuses on one narrative, El Bakir says.

“We have to remember that the hijab should always be a choice, and it’s a woman’s choice,” she said.

“Religious freedom is very important and there is a place to talk about different hijab experiences. We should do it through thorough research, through referencing, through academia. This article just discusses broad generalizations and blatant stereotypes,” she said.

El Bakir argues that publishing the letter was irresponsible, especially during a pandemic when doctors who wear a hijab are dealing with prejudices in their daily practice.

A pre-written response to the CMAJ, included on the national council’s website as part of an online letter-writing campaign, cites a few sections in the Canadian Medical Association’s Code of Ethics and Professionalism that medical professionals must adhere to.

“This article falls short of these standards,” the response states.

“We are asking CMAJ to retract this article immediately and issue a public apology before it does any further harm to a demographic that has been targeted by some of the most violent forms of Islamophobia in this country.

“At a time where Canadians are anxious about the emergence of the recent variant of COVID-19 in the country and are looking up to medical leaders for leadership and reassurance, the last thing that we need is for the Canadian Medical Association Journal to spread stereotypes and create division.”

Pointing to Islamophobic attacks such as the one in London, Ont., where four members of a Muslim family were killed in September in what police have described as a hate-motivated attack, El Bakir says online hate fuels real life violence.

“That’s why this article is problematic,” she said. “The hijab in and of itself has many, many experiences. It’s a choice and nobody should remove that choice from women.”

‘I DID NOT LOOK FOR A PROBLEM’

Despite some expressing concerns about how he can deal with patients who wear a hijab, Emil says that in the years he has practised pediatric surgery, not once has he received a complaint for disrespecting a Muslim patient or trainee, pointing to his work helping Muslim patients in Africa and through the organization Mercy Ships — at one point he received a diversity award from McGill.

He says he grew up Christian, as a religious minority in Saudi Arabia and Egypt. In Egypt, he says some family members have waited up to a half-hour for a cab because drivers won’t serve women who don’t wear a hijab.

Since the publication of the letter, he says he has received an “incredible” number of nasty messages, some bordering on threats that he has had to report to McGill.

He says that the New England Journal of Medicine shares personal perspectives, and famously in 2020 effectively urged voters not to re-elect Donald Trump without actually naming him.

“I did not look for a problem, I did not voluntarily decide to attack the hijab as some are saying. It was in response to a picture that I thought was extremely inappropriate and I really believe that Canadians should have a bit of a different perspective, or at least a balanced perspective, on what it means for the leading medical journal in the country to portray a toddler in a hijab,” he said.