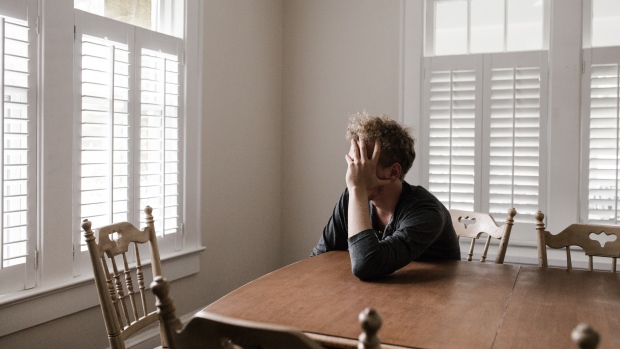 TORONTO — Grieving? Traumatized? Depressed? Unmotivated? Burnt out? It’s difficult to put a single word to the general malaise many people have been feeling during the pandemic.

But “languishing” is a pretty good fit.

First applied to our global mood last month, in a widely shared New York Times article, the word has been embraced as a helpful descriptor for the pandemic blues.

While many of us may also be grieving or experiencing depression due to the pandemic, languishing is an apt word to describe the stagnant feeling the pandemic has wrought in many peoples’ lives.

“Languishing is essentially described as a feeling of emptiness, numb, feeling stuck, feeling as though we have no motivation, no ability to focus, tasks take longer,” psychotherapist Sarah Ahmed explained on CTV’s Your Morning Tuesday.

She said those symptoms are among the most common that people have been reporting during the pandemic.

A lot of it is due to the uncertainty that the pandemic creates, and how it interrupts motivators like planning events or creating life goals for the future.

“Now we’re passing second birthdays, second anniversaries, second graduations in June, people might have to postpone their weddings for a second time this summer, and that again just exacerbates those symptoms,” Ahmed said.

Another factor is that, on top of our own personal struggles, we’re still dealing with global issues that persist despite the pandemic, or because of it.

“What we’re seeing on the news, media headlines about what’s going on in Palestine, the COVID crisis in India, further makes you feel very stuck, very helpless, very numb as well, and it’s very distressing to the body also,” Ahmed said.

She pointed out that there is one good side to lives being put on pause by the pandemic.

Some people looking for purpose are experiencing the so-called mid-life crisis earlier as a result.

When the daily grind is interrupted, we can better reflect on whether that pre-pandemic attitude of hustling to get work done, to fill every minute, to always be advancing, is actually what we want.

“I think people have been reflecting more and more on that, which, I would say, is a silver lining in the last fifteen months,” she said, adding that she sees people asking themselves, “What are some choices that I want to make that are aligned with my life goals?

“Which has been wonderful to see.”

This doesn’t mean that languishing is good for us.

Ahmed acknowledged that it might not seem so bad day-to-day for many people. Those who haven’t been greatly affected by the pandemic itself outside of this languishing might think that things aren’t so bad.

“It’s a feeling of ‘Oh, I’m not really depressed, but I’m not really that happy either, I’m kind of stuck in the middle.’ Not too bad if you look at it like that,” Ahmed said.

But leaving those feelings unaddressed can lead to further issues and greater mental health struggles.

Ahmed is concerned that, as we emerge from the pandemic, we could also be moving towards a wave of poor mental health as people struggle to understand why returning to normal does not immediately make them feel better.

“We’re going to see huge waves of people experiencing mental health concerns, burnout, as we move towards normalcy,” she predicts.

So how do we deal with languishing?

It can be frustrating to be given tips to improve your mental health when the situation that has caused or is exacerbating your poor mental health — a global pandemic — is beyond your control.

But Ahmed stressed that there are ways to manage the feeling and keep from sinking into depression.

“The goal always, I say to clients, ‘We’re not trying to thrive over here, nothing about what we’re in right now is normal, that we’re just trying to survive’,” she said. “And what does that look like? It’s by keeping your head a little bit above water.”

Having an awareness of how you’re feeling and what’s going on around you is important.

“Speak to your friends, share experiences, educate yourself, go and read some information from credible sources,” she said.

“Check in with yourself — what that looks like is a mood rating scale, so a scale of zero to ten, how are you feeling today?”

She also suggested that people find terms to describe their feelings, and name the emotions that they’re struggling with.

It’s why some have gravitated to the word “languishing.”

“Knowing that there’s a term called languishing makes us feel much better than like, ‘Oh my gosh, okay, I thought I was just losing it.’”

Her last recommendation? Take things one day at a time.

“We’re not planning three months out from now cause we don’t know what that’s going to look like,” she said.

“Go outdoors, have a small task for the day, block off time every single day, so maybe that looks like just an hour […] and find something that’s moderately challenging and stimulating as well.”

Something to keep us going while we languish together in this ongoing pandemic.