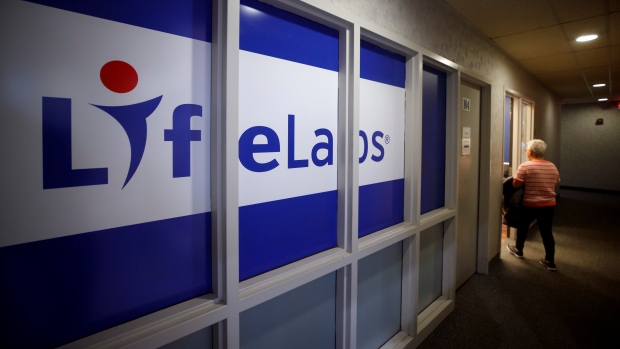 TORONTO — In the wake of a massive cyberattack against health diagnostic testing firm LifeLabs, more than 5,000 concerned customers have clogged the designated helpline, forcing the company to expand call centre staff.

After the breach was made public more than a month later, the firm announced it was offering 12 months of “protection that includes dark web monitoring and identity theft insurance” through TransUnion, according to a statement released Tuesday.

The firm set up a dedicated, toll-free helpline for people to call in if they were concerned about the hack. It also acted as a way for customers to ask for an activation code and take up LifeLabs’s insurance offer.

But issues started to mount as thousands began to flood the helpline with customers saying they were being disconnected, or being bounced between customer service representatives, or speaking to unprepared staff.

B.C. resident Sharon Mascarin was one of them and told CTV News Vancouver that “nothing happened” as she worked through the line. She criticized LifeLabs hotline saying “I’m sorry that falls really, really short, they can’t even get follow up correct.”

Several others voiced these and other frustrations on Twitter or in emails to CTVNews.ca. Others complained they were unable to change their LifeLabs passwords.

Others were troubled that the firm had paid the ransom because it couldn’t guarantee that their personal information was not copied.

LifeLabs said in the first 24 hours after news of the security breach was made public that they’d “received 5,000 calls from customers with questions or seeking the insurance protection.”

And as a response to the flood of complaints, LifeLabs announced in an email to CTVNews.ca that it was expanding its helpline’s hours of operation.

They also said they had “streamlined the verification process for faster service to provide insurance” and expanded the number of staff who could handle inquiries related to cyber insurance requests.

LifeLabs said they’re now averaging a wait time of only a “few minutes.”

But as of Wednesday night, at least some customers were still complaining they were not getting through to the main helpline phone number.