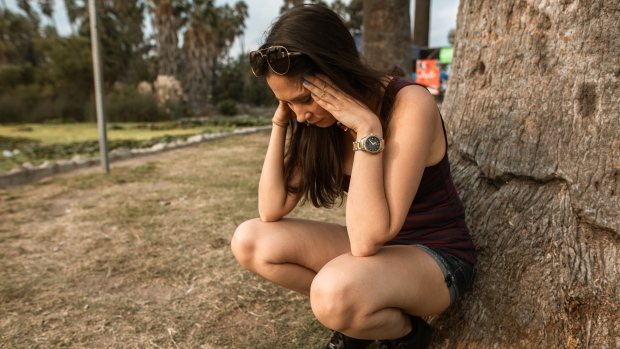 As provinces begin lifting COVID-19 pandemic restrictions, psychology experts expect stress and anxiety to run high among those who remain wary of letting their guards down.

It will take time for many to adjust, they say, but the quick approach some provinces are taking could make the transition more jarring.

Alberta ended its vaccine certificate system on Wednesday, days before its mask requirements for students is set to drop, while Saskatchewan plans to do away with its vaccine mandate on Monday. Other provinces, including Ontario, have taken a more gradual approach to dismantling COVID-19 measures.

Steve Joordens, a psychology professor at the University of Toronto, said it’s natural for people to feel conflicted as restrictions ease.

Though many are tired of the mandates aimed at slowing the spread of the virus, there’s still some underlying fear.

“In the back of our mind there’s this niggling anxiety of: are we doing this too soon?” Joordens said. “Are we going to end up getting our butts kicked again (by a new variant)? And given all the division we’re seeing right now, could this make things worse?”

After two years of being told to avoid the virus, it will be hard for some people to switch their mindset, Joordens said.

Limited PCR testing, which previously helped indicate how much COVID-19 was circulating, adds another complicated wrinkle by removing some of the information people used to weigh their own risk.

Joordens expects the majority of people, even those who feel initial stress around reopening, will resume previous social interactions in public settings quite easily.

But others, including people with conditions that make them more vulnerable, will have a harder time. For those who have linked certain scenarios — like large crowds and unmasked individuals — to threats of danger, Joordens said reopening could bring about conditions similar to post-traumatic stress disorder.

“We really all need to understand that … we’re all weathering the same storm but we’re doing so in very different boats,” he said, adding that employers will need to be cognizant of that as work-from-home measures are relaxed.

“Some of us, we’re feeling it on a much more emotional level. And those people are going to have a bit more trouble. They’re going to need a bit more understanding.”

Sarah Olson, a mother of two in Calgary, said she’s feeling particularly anxious about her eight- and 11-year-old children going to class with unmasked peers next week.

Olson, who had COVID-19 in December 2020, said she’s still feeling long COVID symptoms including “crushing levels of fatigue,” and worries about potential long-term impacts if her kids become infected. She also worries that many still don’t understand how the virus can impact people beyond short-term symptoms, as long COVID remains a largely mysterious condition.

“I have every intention of still sending them to school with masks,” she said. “With Omicron not gone yet… it’s terrifying.”

Raissa Zukowski, a 33-year-old Calgary resident who was born with spina bifida, feels the same way.

“Basically the response I get from a lot of people when I tried to explain it is: ‘Well, if you’re scared, just stay home,”‘ said Zukowski, who had a friend die of COVID-19. “I just wish more people would understand where people like me are coming from.”

Dr. Scott Patten, a mood disorder and mental health expert with the University of Calgary, said anxiety can be heightened when people don’t feel they have the information they need to assess their risk, or when they don’t feel supported by those around them.

That can be especially troubling for vulnerable groups, he said, adding that he expects them to experience “increasing anxiety through this transition.”

“And that has secondary effects,” said Patten. “They may feel they need to take steps themselves to protect their safety, which could lead to greater isolation or withdrawal, which could also feed into the anxieties that they feel.”

Patten said anxiety sometimes serves adaptive purposes — those anxious about getting COVID-19 were more likely to protect themselves by following public health guidelines.

He said anxiety is maladaptive if it’s sparked by a situation where danger isn’t actually present. But COVID-19 has presented a real risk, especially for those more vulnerable to severe disease.

“It’s probably going to take time for people to do things that they haven’t done in a while, and if those behaviors turn out to be safe, the anxieties will diminish over time,” Patten said. “(But) on the other hand, there are all these unknowns … so if people change their behaviours in ways that create actual danger and we have another big wave, there’s going to be all these negative effects.

This report by The Canadian Press was first published Feb. 9, 2022.