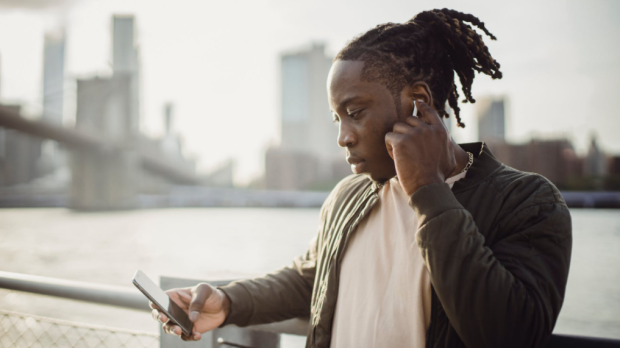 TORONTO — From taking phone calls to listening in on virtual meetings, many Canadians who are using earbuds more than ever may be increasing their risk for developing ear infections.

Dr. Allon Mordel, the medical director at K Health, a medical app that uses artificial intelligence to provide users with primary care, explained that while earbuds don’t cause infections, they could contribute to their development.

“What they do is they block your ear’s ability to clean itself. Your ear regularly sheds all the skin and everything out of the canal, along with the wax and the sweat, and it just cleans itself every single day,” he told CTV’s Your Morning from New York City on Wednesday.

“If you put in an earbud and block the ability for anything to come out of the canal, everything will just build up behind it and now you’ve got a warm, wet environment for bacteria to grow, that’s blocked by the earbud.”

Those who wear earbuds for long stretches of time, or very regularly, or live in humid environments, might have a heightened risk.

Mordell said the number one indicator of an ear infection is consistent or sustained itchiness in the ear.

“The first sign is going to be a bit of discomfort and really itching,” he said. “Itching is usually the first sign before any pain, before anything else develops.”

Patients with an ear infection are advised to avoid wearing earbuds for a several weeks to allow the affected ear to heal. They may also need to take antibiotic or steroid ear drops.

The infections are usually painful and typically take between three and seven days to clear up.

To prevent the development of ear infections while wearing earbuds, doctors suggest cleaning the devices at least once a week with an alcohol wipe, particularly if they have a buildup of wax on them.

Mordell also suggested that users give their ears a break from wearing earbuds from time to time.

“Honestly, the best thing you can possibly do is, as much as you can, give your ears time to breathe,” he said.

For those who have to wear earbuds for hours on end, Mordell said they can put a few drops of rubbing alcohol and vinegar into their ears on a regular basis to “clean everything out.”

Another easy solution is to switch to headphones, which sit over the ears instead of inside them.