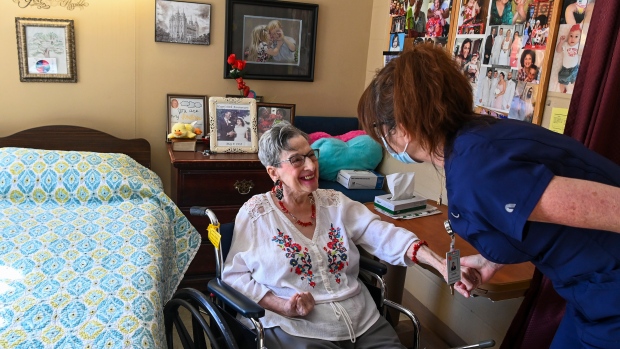 TORONTO — COVID-19 antibodies wane much faster than expected among seniors and those with comorbidities, according to the latest research on long-term care residents funded by the COVID-19 Immunity Task Force (CITF).

The findings, they say, reinforce policy decisions and recommendations around providing booster shots to vulnerable populations.

The summary report, based on the results from seven CITF-funded studies, comes as the National Advisory Committee on Immunization (NACI) expanded its eligibility guidelines on Friday to include, among other groups, those aged 70 and over. Some of the CITF-funded research results support previous studies with similar findings.

The CITF, which includes experts from universities across Canada, Chief Public Health Officer Dr. Theresa Tam, NACI, and provincial and territorial representatives, was launched by the Canadian government in April 2020. The organization helps support, harmonize, and implement research studies and co-ordinates with leading scientists, decision makers, hospitals, communities and other partners across Canada.

The report said that the studies, which included one from the University of Toronto, consistently demonstrated that the quantity of antibodies from mRNA vaccines fell more quickly than expected in older populations compared with younger individuals, especially among those living in long-term care homes. Another study from the University of Toronto and one out of Montreal also found longer dosing intervals had a neutral or positive effect on the amount of antibody produced after the second dose.

All seven studies looked at antibody levels of those who received a two-dose regimen of an mRNA vaccine and found that Moderna and Pfizer were both “very effective at inducing antibodies after the second dose.”

But three of the studies, one out of McMaster University, another from Montreal, and a third from the Bruyere Institute, found that Moderna produced better results. One research project found the quantity of antibodies produced after a Moderna shot was higher and lasted longer, while another found that antibody levels decreased significantly faster in long-term care residents after a first dose of Pfizer compared to Moderna. A third study saw a stronger immune response among older Moderna recipients.

The Montreal study was also able to show that the serologic response four weeks after the second dose was comparable across all three types of mRNA regimens — two doses of Moderna or Pfizer, or a mix and match of both.

Several studies also reinforced existing data that showed age and comorbidities as major factors in the effectiveness of the vaccines.

The report did note that while it is clear antibody levels eventually wane, there are other factors that also determine a person’s immunity, and that antibody levels alone do not give an accurate picture of a person’s ability to fight infection.

“That said, the antibody wane in LTC residents and older Canadians living in the community is so significant compared to younger, healthier Canadians, that a third dose is certainly a safer approach to avoid more deaths and sickness,” the report noted, adding that the results also illustrated the importance of having all long-term care staff vaccinated.

“The third dose may help, but some residents may still not mount an adequate long-term antibody response and therefore other protection measures in LTC homes continue to be of the utmost importance.”