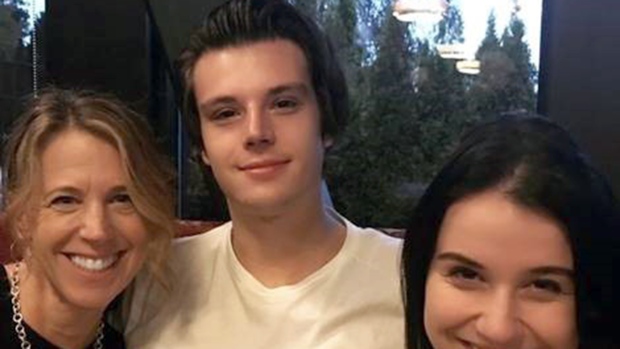 TORONTO — Dr. Mark Tyndall takes a long pause. He fights for composure as his tired eyes well up with tears: “There’s a lot of us who feel a bit burnt out about the whole thing”.

His voice wavers: “So many people have died.” He takes another long pause: “Man, I’ve seen a lot of people die.”

The infectious diseases doctor, with a background in public health, is on the front line of a Canadian health crisis.

It’s the toxic drug supply; an epidemic within the pandemic. Never before in the history of this country have more people died from drug overdoses. It’s a health emergency that is being fuelled by the pandemic.

The very measures that are meant to keep us safe from the virus are having unintended consequences on those struggling with addiction and mental illness. Lockdowns mean isolation, lost jobs, and difficulty accessing services. The shutdown of the Canada-U.S. border has disrupted the illegal drug supply, so what is on the street is more contaminated than ever, as dealers mix in other ingredients to stretch their supply.

The overdose epicentre is in British Columbia, where Tyndall has been one of that province’s most vocal advocates for radical change: “There is a poison, toxic drug supply out there. They are buying poison on the street.”

Tyndall says governments need to act now to create a safe supply of drugs. It won’t solve the addiction issue, but he says it will keep people from dying.

It’s an idea that is also being supported by a national advocacy group called Moms Stop The Harm. Co-founder Leslie McBain, whose 25-year-old son Jordan died from a drug overdose, says in times of crisis, radical action is needed: “In the early 1900s, the government prohibited the sale of alcohol. What happened? Toxic, toxic alcohol. It killed people, gangs rolled up. The government said ‘OK, this isn’t working, let’s regulate it and sell it legally.’ People still get addicted. People still died. But it’s a safe supply.”

A “safe supply” might have saved Kathleen Radu’s 26-year-old son Morgan. He had been clean for five months, living in a rehabilitation “recovery house” in Vancouver before COVID-19 struck. Morgan was working out every day, excited about the future and was about to get a new job. When lockdowns were imposed, Morgan became isolated and was unable to visit his family in Victoria. In a matter of months, 12 of his friends had overdosed.

His mom says he was scared: “I remember the panic in his voice… He had just gotten into a routine.”

On average, five people die of an overdose every day in British Columbia. On June 16, 2020, Morgan joined that grim tally. The phone call breaking the news is seared into Kathleen’s memory: “I just remember falling to my knees… I just remember screaming ‘no, no, no!’”

Like many victims of toxic street drugs, Morgan didn’t die from taking too many drugs. Kathleen says he died from a small amount of heroin that was laced with fentanyl. “The coroner said that when Morgan took it, he probably passed away within about 30 seconds. It was that toxic.”

Seven months after losing her eldest son, Kathleen struggles to carry on.

“It feels impossible some days. This is taking the lives of kids like Morgan… in families like ours, supportive, loving families that have done everything …to help support their children.”