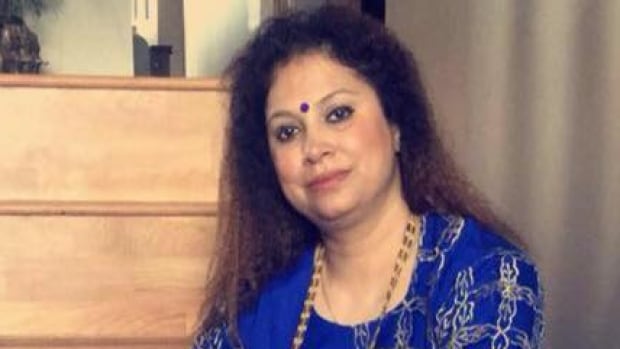 A Calgary man knew he had a brain tumour that caused him to black out but rejected his doctor’s order not to drive and ended up killing a mother of three.

Sharma left behind her husband, Suneet Sharma, and her children, Saniya, Rudransh and Archisha.

Beagrie had been diagnosed with a benign brain tumour in January 2013.

From that point on, he had an annual appointment with a neurologist, according to an agreed statement of facts filed by prosecutor Kane Richards and defence lawyer Allan Fay.

In February 2017, four years after his diagnosis, Beagrie was in a car accident in Drumheller, Alta., after he blacked out while driving.

Beagrie was taken to hospital in Red Deer where, after a CT scan, doctors realized his tumour had grown.

He was handed a 24-hour driving suspension and told see his family doctor.

Beagrie was required by Alberta Transportation to have his physician fill out paperwork within the next six weeks.

At an appointment in March, Beagrie told his doctor about the Drumheller crash and that he had lost consciousness at work three or four times.

On April 12, 2017, Beagrie received another letter from Alberta Transportation after the deadline passed for him to send in the paperwork. The department extended the deadline to May 10.

On May 3, Beagrie then had a second appointment with his family doctor, during which the physician told him not to drive and to meet with his neurologist to discuss the tumour growth.

Alberta Transportation sent another letter on May 12, advising Beagrie his licence would be automatically suspended on June 6.

Just 11 days later, Beagrie blacked out while driving again and drove his Ford F-150 into Sharma.

Sharma was born in Una Himachal Pradesh, India, where she grew up and completed a master of economics degree. She immigrated to Canada in 1996 and began working for Alberta Health Services in 2008. She was taking a short walk on her lunch break when she was struck. In her obituary, she was described as the “backbone of the family,” a person who was full of love and affection, always smiling and happy to help out others.

A sentencing hearing for Beagrie has not yet been scheduled.