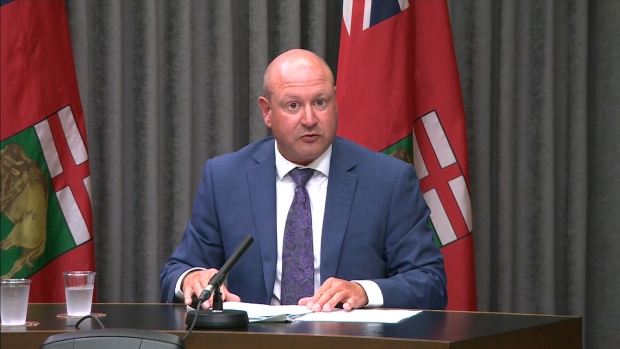 One of the deaths came from the Interlake-Eastern Health Region and was a woman in her 70s.

Three of the deaths are from the Southern Health Region and include a man in his 50s linked to the Bethesda Regional Health Centre, a woman in her 80s connected to the Menno Home in Grunthal, and a man in his 90s also linked to the same outbreak.

He compared the numbers to October, where there were only 60 deaths in the entire month.

Officials also announced 383 new cases, bringing the total to 15,288 since the start of the pandemic.

Two cases were removed from the total due to a data correction and one case being from out of province.

The test positivity rate is 14.8 per cent for both the province and Winnipeg.

There are currently 8,845 active cases and 6,177 people have recovered. Officials said 307 people are in hospital and 46 of those are in intensive care.

Roussin noted due to a continued backlog right now, he believes the active case count is much lower saying it is roughly 3,251 cases.