WINNIPEG — A Morden, Man., man said his 24-year-old wife had no known health conditions when she fell sick with the flu on Jan. 1.

She was dead only five days later, he said, after the illness progressed and she ended up being airlifted to hospital in Winnipeg in septic shock.

Her death happened roughly a week before a Grade 12 student of Kelvin High School also died of reported complications from the flu, amid a flu season that has seen three different strains of the respiratory illness circulating and city hospital ERs left with standing room only.

Dustin Ens said his wife Joanne, who he had married only eight months earlier, was full of love.

“Joanne loved everything to the fullest,” he said. “If she loved something, you knew. And she loved people most of all, especially young people, children and youth.”

Dustin said they met each other two years ago while volunteering at a youth drop-in called The Bunker Youth Ministry in Winkler, Man., something they were both passionate about. 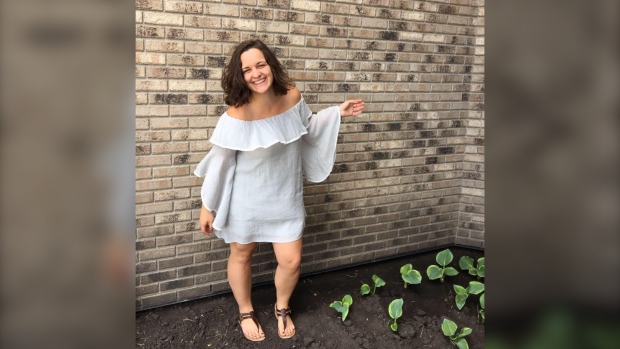 Dustin said Joanne first showed signs of being sick on Jan. 1, a Wednesday. She went to a walk-in clinic on Friday, when he said she was given anti-viral medication for what was suspected to be the flu.

On Saturday, Dustin said Joanne seemed sicker. On Sunday she was weak and still had a fever.

“A lot of weakness, and very crackly breathing, and short of breath,” he remembers.

Dustin said they called Health Links for advice and after hearing her breathing, they were directed to go to the emergency room.

They arrived Sunday evening at ER at the Boundary Trails Health Centre.

“They took her immediately into trauma, in the back, and tried to treat her, but it became very obvious she was much sicker than we suspected, and they intubated her and called the ambulance.”

Dustin said soon after that, the STARS Air Ambulance was called in and they made arrangements to bring her to St. Boniface Hospital, as the Health Sciences Centre ICU was at capacity.

“There wasn’t any delay due to hospital capacity,” he said. “It was all in stabilizing her.”

Dustin said he drove to Winnipeg to meet his wife at that hospital, and says the helicopter arrived at 2 a.m.

“Her entire body shut down, because of the infection.”

Dustin said his wife was “completely” healthy before the flu hit.

He said it’s believed another infection played a role in her death.

“It started as influenza B and they suspect a secondary bacterial infection, but don’t have the results back yet to confirm.”

He said Joanne suffered sepsis before dying, as a result of the secondary infection.

PLANS FOR FLU SHOT TOO LATE

Dustin said a big part of the reason he is sharing her story is so other people understand the importance of getting a flu shot.

“We had talked about doing it January,” he said. “And just hadn’t made the time to do it.

He believes the flu shot would have prevented her death, but is also accepting of her fate.

“She was ready to see Jesus, and God called her home. And it was her time,” he said, explaining his wife’s faith was “on fire.”

“I’m grateful that she’s in the arms of Jesus and sorrowful that we’re left behind for a little longer,” he said.