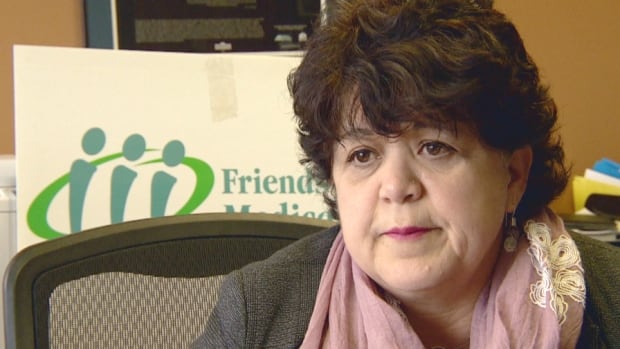 The Alberta government is looking to contract out medical procedures such as mastectomies, hernia repair and some gynecological procedures to private providers with the aim of lowering wait times.

Alberta Health Services issued an expression of interest on Friday to determine how many private companies are interested in providing these publicly-funded health care services starting in the fall of 2020.

The procedures would still be funded through medicare, but would be delivered by private, for-profit, health-care companies.

A document posted to the province’s procurement website includes a list of “potential procedures for NSHF (non-hospital surgical facilities) expansion within AHS.”

The document lists additional  procedures as “to be determined.” They include circumcision, hardware removal, cataract and retinal surgeries, hip repair and removal of bladder tumours.

A list of procedures for non-surgical procedures approved by the Alberta College of Physicians and Surgeons from 2001 is attached.

Alarmed but not surprised

Sandra Azocar, executive director of the advocacy group Friends of Medicare, is alarmed but not surprised.

“This government is so bent on putting a public good, which is health care, into the hands of the private sector, whose needs to increase profits always negatively impact patients’ needs, ” she said.

David Shepherd, the NDP MLA for Edmonton-City Centre and the opposition critic for health, wondered how the government came to choose the services that could be moved to private facilities.

“I certainly haven’t had anyone emailing my office about the wait times for mastectomies or hernia or circumcision,” he said. “It’s clear this is not just about wait times. This is about this government’s fixation on taking more public dollars and putting them out into private, for profit sites in the health care system.”

Health Minister Tyler Shandro was not available for an interview Friday.

In a statement, Shandro said the government is planning to fund 80,000 more procedures in the next three years. He wants each surgery completed within “clinically-recommended times.”

“Contracting publicly-funded surgeries to independent clinics is in the public interest: it’s convenient for patients, it frees up capacity in hospitals to handle more emergencies and complex cases, and it saves money — which stays in the health system,” he wrote.

“It’s also nothing new in Alberta or other provinces. We contract 40,000 surgeries a year, nearly 15 per cent of all publicly-funded surgeries.”

According to the expression-of-interest document, AHS wants to look at the level of “market interest” and set up a list of eligible providers who would be sent future requests for proposals.

Interested parties have until Feb. 28 to submit an application.

The government plans to move forward with requests for proposals this spring.