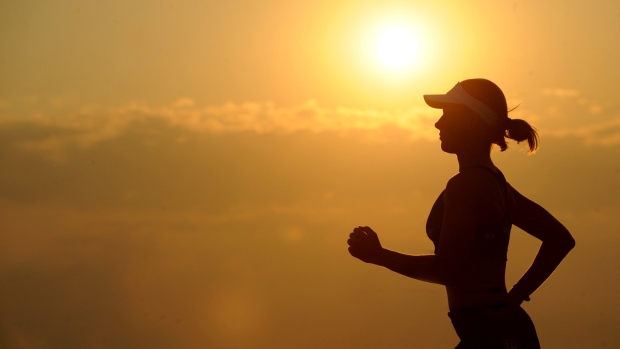 TORONTO — It is commonly believed that a person reaches their peak calorie-burning potential during adolescence, but a new study indicates that the body’s metabolism process actually starts to decline later in life.

An international team of scientists came to that conclusion after analyzing the average number of calories burned by more than 6,600 people from 29 different countries as they went about their daily lives. The participants’ ages ranged from one week to 95 years old and the findings were published in the journal Science.

“As we age, there are a lot of physiological changes that occur in the phases of our life such as during puberty and in menopause,” the study’s co-author, Jennifer Rood, said in a statement.

While discussing the research, Rood explained how she finds it odd that the timing of our metabolism “doesn’t appear to match the markers we associate with growing up and getting older.”

Metabolism is understood to be an internal process where the body converts food into energy. Previous studies have measured how much energy the body uses for basic functions, like breathing and pumping blood, but experts say that only accounts for 50 to 70 per cent of the calories we burn each day.

To examine the amount of energy a person needs as they go about their day, researchers used a urine test known as the “doubly labeled water” method. The test requires a person to drink a glass of water where the hydrogen and oxygen molecules have been replaced with “naturally occurring heavy forms.” Researchers are then able to measure a person’s energy expenditure by studying how quickly the forms are flushed out.

The doubly labeled water method is considered to be the gold standard for measuring daily energy expenditure since the 1980s, but the high cost of the test has caused previous studies to limit their size and scope. To avoid this issue, multiple labs shared their data with each other to see if they could expand upon their research.

The findings revealed that during infancy, babies have an initial surge of calorie-burning and energy needs that slows by about three per cent each year until their 20s, when it begins to level off. By their first birthdays, babies burn calories 50 per cent faster for their body size than adults.

“Some people think of their teens and 20s as the age when their calorie-burning potential hits its peak,” Peter Katzmarzyk from the Pennington Biomedical Research Center (PBRC) in Baton Rouge, La. said in a statement. “But the study shows that, pound for pound, infants had the highest metabolic rates of all.”

The intense metabolism seen in babies could help explain why children who are malnourished during this developmental stage are less likely to survive and grow up to be healthy adults.

“More research is needed to better understand the metabolism of babies. We need to know what is driving higher energy expenditures,” Corby Martin from the PBRC said.

Scientists noted that after adolescence people’s metabolism levels were most stable from their 20s through their 50s and that calorie needs grew no more than expected during pregnancy.

The data suggest that our metabolism doesn’t really start to decline again until a person passes 60 years old and even then the reduction is gradual at 0.7 per cent each year.

Meanwhile, researchers say a person in their 90s needs 26 per cent fewer calories each day than most older adults. This could be linked to a loss of muscle mass attributed to aging, but scientists say there’s more to examine.

“This study shows that the work cells do changes over the course of the lifespan in ways we couldn’t fully appreciate before. But massive data sets like the one we collaborated on allow us to answer questions we couldn’t address,” PBRC’s Eric Ravussin said.