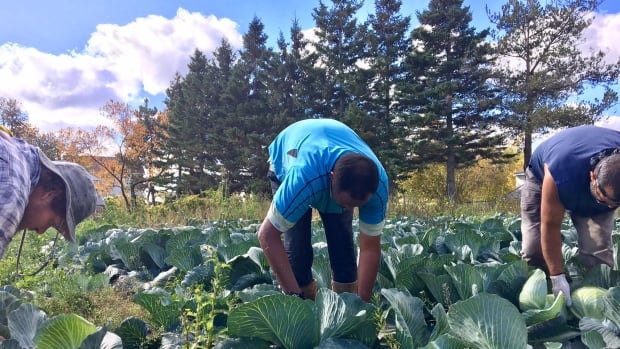 Politicians had harsh words today for farmers who employ temporary foreign workers after a Mexican father of four, living in Canada to work on a southwestern Ontario vegetable farm, died this weekend.

Juan Lopez Chaparro, 55, died Saturday in a London, Ont., hospital, after becoming ill with COVID-19 in mid-May. Lopez Chaparro had been coming to Canada since 2010 to work on area farms.

Most recently he worked for Scotlynn Group near Simcoe, Ont., which currently has 217 positive COVID-19 cases involving migrant workers and farm employees.

Ontario Premier Doug Ford said he is sending in mobile testing units to farms, especially those in the Windsor-Essex area, where several farms have large outbreaks of coronavirus. The province will work with federal inspectors who will examine working conditions on farms employing temporary foreign workers.

“Farmers are not cooperating. They’re not sending people to get tested,” Ford said.

Prime Minister Justin Trudeau says “rules weren’t followed” in the cases of temporary foreign workers who were infected with and died from COVID-19. 0:45

Lopez Chaparro is the third migrant worker from Ontario to die of the coronavirus, and an example of why migrant workers need more rights, advocates say.

He was in Canada as part of the federal Seasonal Agricultural Worker Program, which allows farmers to hire temporary foreign workers. This year, those workers have had to quarantine for 14 days after arriving in Canada.

“We brought in strong measures around mandatory quarantines for arriving temporary foreign workers and have rules in place that protect those workers,” Trudeau said. “Obviously there are cases in which those rules were not followed and we are extremely concerned by that. There will be consequences for companies that didn’t follow the rules designed to protect workers in Canada.”

Scott Biddle, president and CEO of Scotlynn Group, told CBC News that their facilities meet and exceed all standards put in place by the local health unit.

“We have a lot of workers who have been coming to our farms for 20 plus years and we wouldn’t be a successful farm if we didn’t meet and exceed those recommendations.”

Biddle said Lopez Chaparro had only worked at the farm for a few years, but also had relatives who work there.

“We are very sorry for this loss,” Biddle said. “Even the loss of one worker is too many.”

He stands by the farm’s living and working conditions.

“We’ve been used as an example for other farm operations. We have climate-controlled bunk houses, soccer fields for the guys so they can have a place to play when they’re not working.”

The two-week quarantines for temporary foreign workers have been working, but the cramped quarters in which workers live leads to quick spread of any virus, said Dr. Theresa Tam, Canada’s chief public health officer.

“They have working conditions in some farms that need to be reviewed,” Tam said. “Certainly if there’s even a single case of COVID-19, a rapid outbreak response together with widespread testing needs to be done very, very quickly because of some of these close conditions where disease can spread very quickly.”

Biddle said he doesn’t know why the outbreak took hold on his farm.

“The workers do live in clusters, but they’re wearing PPE and face masks while working. Obviously it spread very quickly.”

Of the more than 200 workers who were sick with COVID-19 at the height of the farm’s outbreak, only two remain in hospital, he added.

A new report paints a damning picture of working conditions for temporary foreign workers helping to maintain Canada’s food supply during the COVID-19 pandemic, including a lack of PPE and even exploitation and abuse. 2:00

Scotlynn Group puts workers up in bunkhouses, some of them housing around 70 people, said Father Peter Ciallella, a priest from nearby Hamilton, Ont., who ministers to Spanish-speaking migrant workers. On Saturday, he went to the farm to tell Lopez Chaparro’s co-workers that their colleague had died.

“I had to wake them up to tell them the bad news,” Ciallela said. “We called them outside and had them stand at a distance. In the first bunkhouse we went to, there were more than 70 men in there.”

Ciallella led a vigil prayer for the deceased and led the groups in a recitation of the Our Father prayer, going from bunkhouse to bunkhouse telling workers about the death.

Lopez Chaparro’s death has caused shock and devastation to his family in Mexico, said Karen Cocq, a spokesperson for the Migrant Workers Alliance for Change, and also to his nephew who works at the same farm.

“We can imagine the circumstances for all the workers at Scotlynn, but especially for Juan’s nephew who is continuing to work, mourning his uncle’s death, knowing that his uncle got sick at that same workplace and who was unable to have access to him while he was in hospital,” Cocq said.

In a statement sent to CBC News in Spanish, the Mexican Consulate in Toronto said they’re sorry for the loss of Lopez Chaparro, describing him as a “hard worker who was loved and respected by his coworkers.”

The consulate added that they are working with the family to provide any support and guidance needed to repatriate his body.

Lopez Chaparro first became sick in mid-May, among the first wave of workers on Scotlynn Group to fall ill. He was taken to Norfolk General Hospital but transferred to London’s University Hospital in June. Eventually, he was put on a ventilator.

“Juan’s death should not have happened,” said Cocq.

One of Cocq’s colleagues was the last person who spoke to Chaparro before he was put on a ventilator.

A migrant worker at a farm in Ontario is the latest foreign worker in the province to die from COVID-19. The death comes as Mexico announced it will resume sending workers to Canada, after a new safety agreement.  4:43

Her organization is calling on the federal government to grant seasonal workers permanent residency status so they have more rights, such as the ability to change jobs and to speak up if they are working in unsafe conditions.

“We have been in contact with a number of workers from Scotlynn. It’s a very large operation and we’ve heard a lot of concerns from workers about the housing conditions,” Cocq said. “The workers have complained from the very beginning of the outbreak that they were not being provided with any personal protective equipment.”