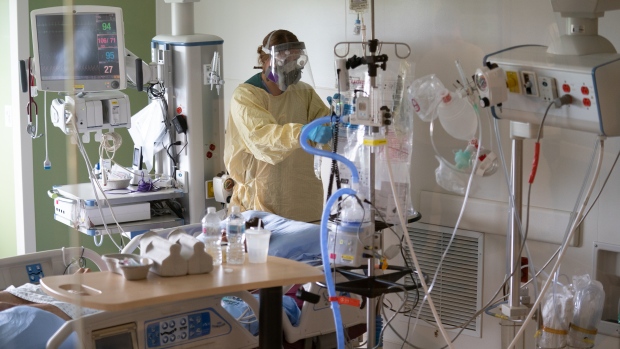 TORONTO — A new study has found that multi-system inflammatory syndrome, a rare but serious immune response that has predominantly been reported in children, can also occur in adults after acute COVID-19 infection.

The study, conducted by researchers with the U.S. Centers for Disease Control and Prevention (CDC), found that multi-system inflammatory syndrome in adults (MIS-A) can present approximately four weeks after contracting COVID-19 with “heterogeneous clinical symptoms.”

The study, published in the peer-reviewed medical journal JAMA Network Open in September, found that those with a multi-system inflammatory response have more severe reactions to the virus.

Multi-system inflammatory response affects about one in 1,000 children and occurs when different parts of the body – including but not limited to the heart, lungs, and skin – become inflamed.

However, the latest study suggest adults with the condition become more severely ill than children, requiring longer stays in hospital and more frequent need for ventilation.

The patients were a median age of 21, and 70 per cent were men. The study also reported that Black and Hispanic patients made up a higher proportion of cases. According to the study, 58 per cent of participants had no underlying comorbidity.

Compared to children who develop the condition, the study reports that adult patients were more likely to have a previous “symptomatic COVID-19-like illness” roughly 28 days prior, and present with myocarditis, cardiac dysfunction, as well as arterial thrombosis, pulmonary embolism, or deep venous thrombosis.

More than half of cases studied (57 per cent) were admitted to the intensive care unit, with 47 per cent requiring respiratory support and 7 per cent dying, according to the study.

The study noted that adults with MIS had a median of five organ systems affected by the condition, and an average hospital stay of eight days.

Researchers say their findings suggest that “MIS-A is a serious hyperinflammatory condition” that can cause “extrapulmonary multiorgan dysfunction” in affected adults.

However, the study authors acknowledge that MIS in adults has not been well studied, and say improved understanding, diagnosis and treatment of the condition may mitigate COVID-19 morbidity and mortality.

“It is important for the clinical and public health community to suspect and identify MIS-A, a delayed immunologic response to SARS-CoV-2 infection in adults with hyperinflammation, by exercising clinical acumen and considering empirical treatment to reduce related morbidity and mortality,” the authors wrote.