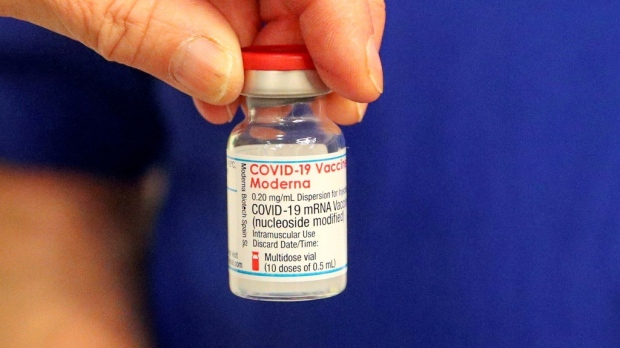 The new results come from its ongoing Phase 3 clinical trial involving more 30,000 people across the United States, and the headline efficacy figure is a slight decrease from an earlier figure of 94.1 per cent, which was published in the New England Journal of Medicine in December.

The new number is based on 900 adjudicated cases of COVID-19 from the study as of April 9, while the previous figure was based on 185 cases.

A company press release did not indicate why efficacy has fallen, but one reason might be the emergence of new variants of concern which are not as susceptible to antibodies evoked to the vaccine.

Moderna is working on two variant-specific boosters, and said mice studies showed they elicited an increased immune response. The results of these studies have been posted online in a scientific paper that is now awaiting peer review.

“The new preclinical data on our variant-specific vaccine candidates give us confidence that we can proactively address emerging variants,” said CEO Stephane Bancel.

The company said that as of April 12, it has delivered 132 million doses of its vaccine globally, including approximately 117 million doses to the United States.

The company’s clinical trial for adolescents aged 12 to 17 is now fully enrolled with 3,000 U.S. participants, and its pediatric trial for children aged six months to 11 years is continuing to enroll its 6,750 participants in the United States and China.