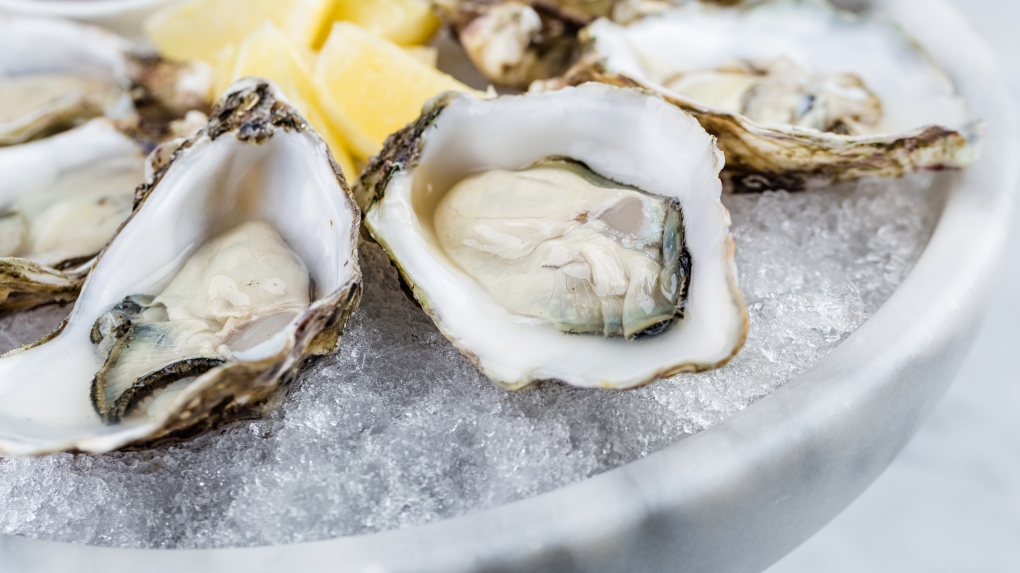 Several more varieties of oysters harvested in B.C. have been added to a growing recall over a risk of norovirus contamination.

Health Canada said the oysters were sold in B.C. and Alberta, but may have been distributed to other provinces too.

Numerous other warnings have been issued in recent weeks, recalling oysters harvested in B.C. and packaged by different companies.

Between mid-January and April 8, which is when data was most recently reported by the Public Health Agency of Canada, 328 norovirus and gastrointestinal illnesses have been linked to consumption of B.C. oysters. The vast majority of those illnesses, 293 of them, were reported in B.C.

Individuals from Alberta, Saskatchewan, Manitoba and Ontario have also reported being sick, however.

No deaths from the outbreak have been reported.

The contamination also appears to have crossed the border, with 103 norovirus illnesses so far reported to the Centers for Disease Control and Prevention. Those illnesses are also linked to raw oysters from B.C.

Health Canada didn’t confirm any illnesses linked specifically to the Sawmill Bay recall. However, the agency said the notice was triggered by findings from the Canadian Food Inspection Agency’s investigation into a foodborne illness outbreak.

Norovirus illness symptoms can include diarrhea, vomiting, nausea and stomach cramps, typically 24 to 48 hours after exposure. Anyone who thinks they became sick from recalled oysters should call their doctor.

“Acute gastrointestinal illnesses such as norovirus illness are common in North America and are very contagious, affecting all age groups,” Health Canada said in a statement.

“However, pregnant women, people with compromised immune systems, young children and the elderly are at risk for developing more serious complications, like dehydration.”

PHAC said some oyster harvest areas have been closed in B.C. as part of the ongoing investigation. Businesses and members of the public are asked to not eat, sell or serve recalled oysters.