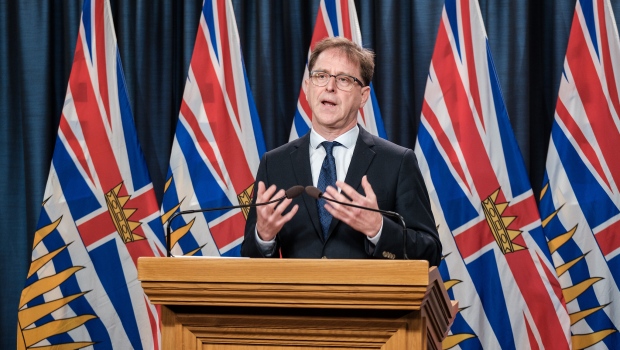 VANCOUVER — The B.C. government is reconstituting the BC Emergency Health Services board of directors and increasing funding for ambulance service in the province after it faced intense criticism in the wake of the recent heat dome.

Health Minister Adrian Dix announced the changes during a news conference Wednesday, saying that improvements to the system are needed.

“The events of the last few weeks make it clear that there’s more work to be done,” Dix said. “Let there be no doubt our emergency health service system must work better for the people who call upon it and for the people who answer the call.”

The newly reconstituted board will “focus solely on ambulance services,” Dix said, adding it will be chaired by former Vancouver Police Department chief Jim Chu.

“The board will be directly accountable to me, with a clear mandate to ensure better service for patients and families who rely on the service, and better supports for workers who deliver the service,” the health minister said.

The extra funding will be used to hire 85 new full-time paramedics and 30 full-time dispatchers, as well as purchase 22 new ambulances and convert 22 rural ambulance stations to 24/7 “ALPHA” stations to enhance ambulance coverage for these communities.

Six of the stations are scheduled to be running by October, while plans for more stations will be ready by that time, according to a news release from the provincial government.

Dix said he’s also ordering the creation of a chief ambulance officer to lead BCEHS, and appointing Leanne Heppell to the position on an interim basis.

Asked whether Heppell’s hiring meant that current BCEHS leadership had been dismissed, the health minister clarified that that’s not the case.

The person previously in charge of ambulance service will still be employed, but no longer responsible for that aspect of their portfolio, Dix explained.

Troy Clifford, president of the Ambulance Paramedics of BC union, described the resourcing and structural changes as the biggest reforms he’s seen to the ambulance service in two decades, and applauded the government’s response to concerns and criticism.

“We need to allow the new leaders to the opportunity to review where we’re at, how we got into this,” said Clifford. “I’m still absorbing all of what we heard today, but my immediate reaction is the structure is in place, he’s adding immediate resources and a lot of the things we’ve been asking for are within his response today, which is a good thing.”

The BCEHS has been criticized for its handling of the unprecedented heat wave that hit B.C. in late June.

The service did not activate its internal state of emergency (which comes in the form of activating an emergency operations centre) until after the peak of the extreme heat.

In addition, ambulance wait times were reported to be hours-long in some cases, which is believed to be a contributing factor to a spike in sudden deaths across the province.

The BC Coroners Service has been reviewing 777 sudden deaths that occurred during the week of June 25 to July 1, while B.C. was dealing with a heat dome that brought extreme temperatures.

It’s still unclear exactly how many of those sudden deaths were heat-related.

The number of deaths recorded during the week of the heat wave in the Fraser Health region was nearly double the province-wide average.

“All these things are coming are going to take time, and we don’t have time when you’re waiting for an ambulance, so what are we going to do in the short term to address wait times?” said Clifford. “We’ve been all-in to waive collective agreement where necessary to immediately staff ambulances and dispatch seats to get us through the short term, (which is) looking like a horrible summer from an emergency preparedness perspective.”