New Brunswick’s Department of Social Development hasn’t done annual licensing inspections at most of the province’s special care and memory care homes this year, a CBC News analysis has found.

The government’s delay means that most homes appear to have expired certificates of approval, which legislation stipulates is necessary for those homes to operate.

When asked why the inspections haven’t been done, Social Development Minister Bruce Fitch pointed to the pandemic.

“Everyone’s trying to move through COVID and make sure that the residents are safe and protected and well looked after,” Fitch said. “So, from an inspection standpoint, having more people go into the homes would be an opportunity to … introduce the COVID into the nursing home.”

Fitch said some homes could also be delayed in getting their licence renewed if they are missing documentation.

“Our homes have been shut down to visitors several times since March, so I myself experienced some delays in getting my licence renewed in August,” said Seely, who owns and operates a special care home in Saint John.

“It wasn’t done until September. But that was understandable.”

CBC News looked at the most recent available inspection report for all of the province’s nearly 400 special care and memory care homes, examining compliance with standards like employee background checks, staffing, training, incident reporting and other areas. All the inspection reports are posted on the government’s website.

The analysis does not include nursing homes, which have different licensing criteria and are separate from special care homes in New Brunswick.

But even before COVID-19, the provincial government struggled to inspect all special care and memory care homes on time. 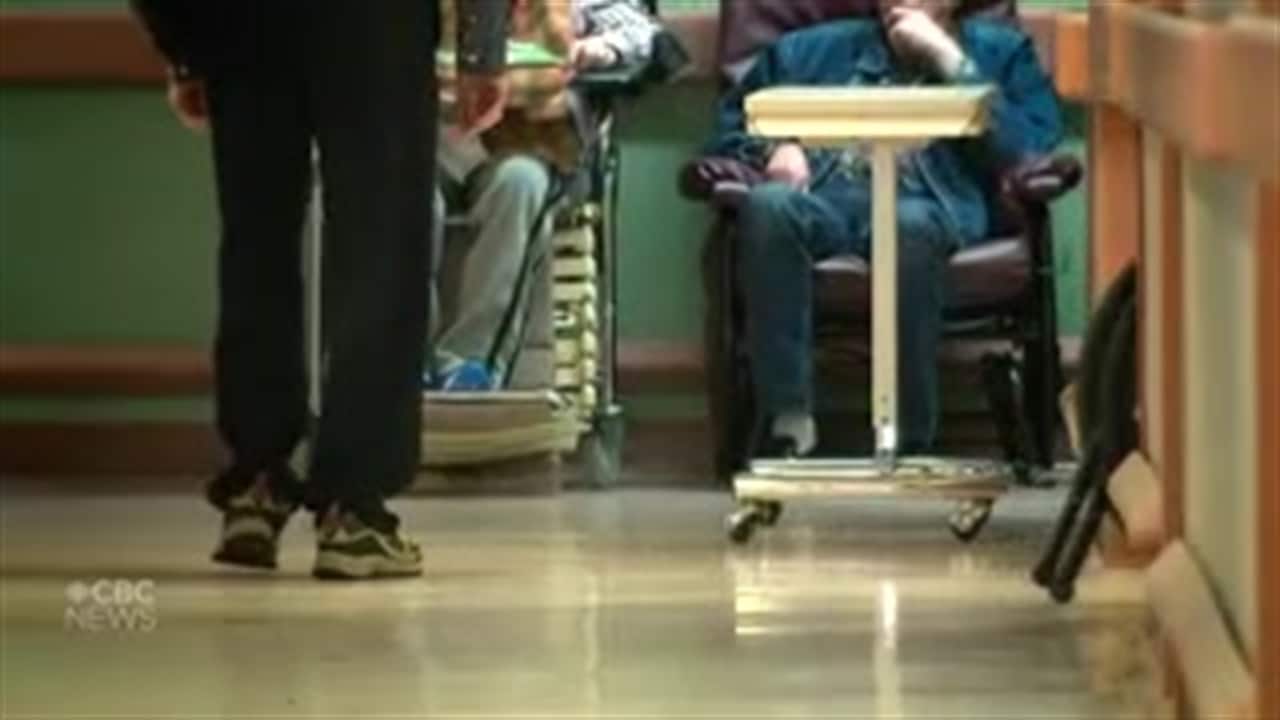 Government has missed annual inspections for most special care homes this year, a CBC News analysis has found. 2:44

Not a new issue

CBC News looked at when each home’s previous inspection was conducted and compared it to the date when it had been set to expire. About one-third of homes were inspected after their licence had already lapsed, the records show.

The problem was flagged nearly 15 years ago by the late Michael Ferguson, New Brunswick’s auditor general at the time.

The auditors found “there were more than 75 of the approximately 525 facilities operating without a valid licence” as of Dec. 31, 2004.

“The legislation states that it is an offence to operate without a licence,” Ferguson wrote in his 2005 report.

“When facilities operate without a valid licence, the operator is not complying with the legislation and the Department is not enforcing the legislation.”

Former auditor general Daryl Wilson, who was Ferguson’s predecessor and the one who chose to audit special care homes, said it is important that homes have valid licences to operate.

“It’s not a matter of looking at an area for best practices or what’s happening in another area and are we doing that here. This is legislation,” Wilson said. “This is what’s required by the law. So I think that elevates it to a different level.”

CBC’s analysis also found that more than one-third of special care homes had at least one employee who was missing proof of up-to-date background checks, according to government records posted online as of Dec. 1.

“I’m concerned about that, too, because it’s a vulnerable population that they’re dealing with,” Fitch said, after hearing the numbers.

More than one-third of special care homes also had at least one employee who was missing proof of up-to-date CPR/first aid training, the records show.

Both of those issues came up in Ferguson’s report, too.

“Meeting this standard is critical to reducing the risk of abuse to vulnerable individuals,” Ferguson wrote in the 2005 report, referring to background checks.

Even though the Department of Social Development hasn’t done most of its annual inspections at special care and memory care homes this year, Fitch pointed out that there are many government “touch points” with the homes that go beyond annual inspections.

Both public health and the fire marshal do annual inspections at the homes, but neither of those reports are posted online.

Department officials confirmed the public health inspection would look at infection control within a home. But the department said these reports can’t be shared with the public, even though that information could be crucial to knowing how a home might respond to an outbreak.

Homes have also been required to create COVID-19 preparedness plans, according to Fitch, but those aren’t posted online, either.

The president of the New Brunswick Special Care Home Association believes some of what appears on inspection reports can be misleading.

Jan Seely said special care home operators can be flagged for missing background checks or proof of training if they don’t have a paper copy showing it’s been done.

She estimated that about 80 per cent of the time, a home flagged for missing background checks is just missing the paperwork or the operator didn’t notice that a criminal record check needed to be renewed.

“It’s not something that is just off the cuff, people just ignore it and hire strangers — that’s generally not what happens,” Seely said.

She would like to see the inspection and licensing process reformed, as she doesn’t believe the current system gives the public the right information.

“Those reports don’t reflect our quality of care at all,” she said. “They truly are, 90 per cent of it, focused on our paperwork.”

Seely said her organization, along with the francophone association representing special care homes, has made a proposal to the provincial government that would change the standards and inspections.

“Our frustration at this point is commitment by government,” Seely said. “We have the people that want to do this and we have the ability within our associations, the experience and the know-how to get this stuff done and to get it done effectively. We just need government to pull the trigger on the projects.”

Talks are “ongoing,” according to Fitch, the social development minister.

‘Out of sight, out of mind’

After hearing the CBC’s findings, Albert Banerjee pointed to a historic “failure to attend” to the long-term care sector “on so many levels.”

“I can’t speak to those specific [New Brunswick] ones, but the general pattern is to neglect and out of sight, out of mind,” said Banerjee, who is the New Brunswick Health Research Foundation chair in community health in aging.

“I think COVID has shown the gaps and we need to address the sector systematically and make sure that we have a strong continuing care sector in general.”

Banerjee said the current inspection process shows a lack of value both for the people providing care and the people who receive it.

“When you create a punitive environment [for workers], you end up having people hide,” said Banerjee, who is also an associate professor in gerontology at St. Thomas University in Fredericton.

“They know when the inspectors are coming, especially in small towns. They have extra staff,” he said.

“It’s this ritualistic dance to avoid being punished. It’s a ritual … and it’s not actually about improving and maintaining care, and it’s not done with respect.”