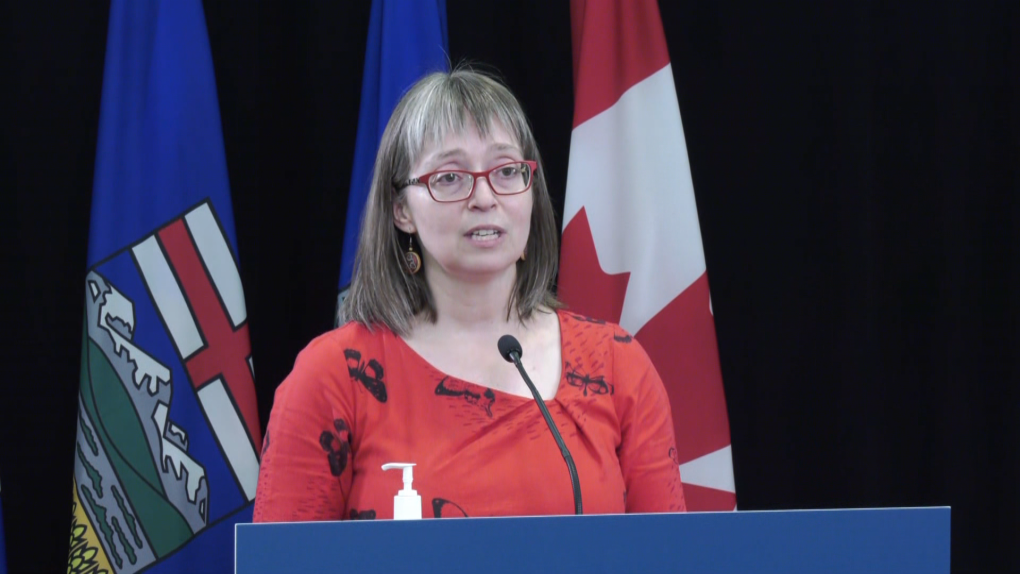 The doctor leading Alberta through the pandemic has admitted she began treating COVID-19 as endemic prematurely.

Chief Medical Officer of Health Dr. Deena Hinshaw made the comments Thursday when the province announced it needed to find more ICU space.

Nearing 90 per cent ICU capacity – including dozens of surge beds already added – Alberta Health Services aims to move 400 patients to care homes or back to their own houses by hiring more aides.

With hundreds of Albertans in hospital with COVID-19, elective surgeries being cancelled across the province, and projections suggesting Alberta’s fourth wave could peak at 1,900 daily cases in September, both Alberta and its hospitals are in a different situation than when the province fully reopened July 1 and decided to stop mass testing and isolation requirements later that month.

At the time, the top doctor said COVID-19 risk needed to be integrated with other health risks for the sake of Alberta’s limited resources and given vaccine protection was more widespread. Messaging from both her and the provincial government used “endemic” wording to describe the shift in Alberta’s COVID-19 response.

“Clearly, the move to endemic was too early,” Hinshaw acknowledged Thursday.

According to the U.S.-based Centers for Disease Control and Prevention, a disease is endemic when it is constantly or predictably prevalent within a population or region, like chickenpox is.

‘UP TO ALBERTANS’ TO CHOOSE WHERE TO PUT TRUST: HINSHAW

She said the decision to transition to an endemic approach was made, in part, after consulting with colleagues where public health measures were also being relaxed and with an expectation from United Kingdom data that COVID-19 cases would go up, but not severe illness in the same way.

“That recommendation was based on what I had available to me at that time and based on my belief that was in the best interest of Albertans in terms of their overall health,” Hinshaw told reporters.

But according to the latest data, some 670 Albertans are in hospital with COVID-19, 154 of whom are receiving intensive care.

About two weeks after the end-of-July announcement, as cases and hospitalizations ticked up, the province backed down on its plan to abandon mass testing and isolation rules.

Hinshaw said Thursday that was when her team could see signs Alberta’s COVID-19 cases weren’t trending as they had expected.

“It is of course up to Albertans to determine where they want to put their trust. All I can do is continue to show up, continue to do my best every day,” Hinshaw commented.

“And it will be up to Albertans and decision makers to choose how they wish to work with me.”