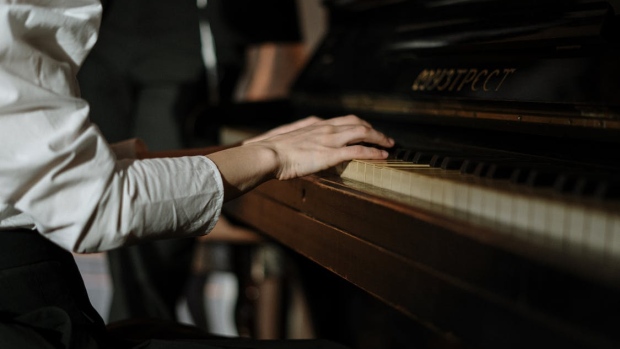 TORONTO — Researchers are diving deeper into a little known avenue of treatment for those with medication-resistant epilepsy: listening to classical music.

But not just any piece of classical music.

In a small study published in the Scientific Reports on Thursday, researchers found that 16 patients who listened to a Mozart sonata for at least 30 seconds had less frequent spikes of brain activity associated with epilepsy, adding more support to something called the “Mozart Effect.”

They also found that when patients listened to music from genres they preferred, it had no significant impact, meaning Mozart might just be special.

Epilepsy is a neurological condition in which bursts of electrical activity in the brain cause repeated seizures, which can range from mild to severe. As of 2018, there were around 300,000 Canadians living with epilepsy.

While anti-seizure medications exist, around one third of people with epilepsy are considered drug-resistant, meaning that even when prescribed medication that should work for them, they continue to experience seizures.

Because what exactly triggers epilepsy is so varied and difficult to pinpoint — genetics can be a factor, as well as abnormalities in brain structure, stroke, trauma, infectious disease and unknown causes — how to treat medication-resistant epilepsy is a big question.

The idea of music as brain therapy has been investigated before, as listening to music activates the brain. And when it comes to epilepsy, one piece of music in particular has been front of the pack: Mozart’s Sonata for Two Pianos in D Major (K.448).

People with epilepsy experience something called interictal epileptiform discharges (IED) along with seizures, which are neural firings that serve as a biomarker in the brain for epilepsy, associated with seizure frequency and impaired cognition, the study explained.

Past studies have looked into interventions that focus on IED as a potential way to limit seizures. Listening to music as a form of “neuromodulation” has been studied before, with Mozart’s K.448 having been noted to have an impact in reducing IED in studies, with the first study dating back to 1993. In that initial study, listening to Mozart proved more helpful than listening to relaxation instructions that aimed to lower blood pressure.

“Apart from one other composition—Mozart’s Piano Sonata in C Major (K.545)—the therapeutic properties of K.448 could not be replicated with other musical stimuli,” this new study explained.

In this new study, researchers aimed to validate the findings from past research by using a new method, intracranial Stereo-EEG, in adults with medication-resistant epilepsy, and see if the “Mozart K.448 effect” works on specific parts of the brain.

Intracranial Stereo-EEG is a way for scientists to track brain activity in which electrodes are placed just inside the skull by a surgical team to record electrical signals. Most previous studies have used electrodes placed on the scalp, a less sensitive way to measure brain activity.

Researchers in this new study measured different durations of music, having the 16 participants listen to Mozart K.448 for either 15 seconds or 90 seconds.

Subjects had more than 60 electrodes implanted for the study.

Researchers found that the duration of the music did have an impact. After listening to 90 seconds, patients had a “significant reduction” in IED rates across the brain, including inside the “seizure onset zone,” whereas listening to only 15 seconds did reduce IED rates, but not by a significant amount.

Patients had a 66.5-per-cent average global IED reduction in the study, and researchers concluded that it was necessary for patients to listen to at least 30 seconds to see any benefit.

When looking at the regions of the brain where IEDs were reduced the most, researchers found that significant reductions were observed mostly in the bilateral frontal cortices. The frontal lobes of the brain are the largest, and are vital to numerous important functions, including speech, working memory and voluntary movement.

When researchers looked at which specific intervals of the music were best, they found that the boundaries of the preferred segments matched up with a professional musician’s notation of the piece.

“There was a significant association between increased frontal theta activity and transitions from longer musical boundaries,” the study stated, though it noted that other musical segment categories didn’t have specific associations. Longer musical sequences meant segments that were more than 10 seconds with no break or shift in musical theme.

Another big aspect of the study was testing if music preference for each subject, and different types of music, had an impact.

But patients had no significant reduction in IED when listening to music they preferred.

“Our theory for the “Mozart K.448 effect” raises a critical distinction between subjective emotional responses to music and internal, evoked emotional brain responses,” the study stated.

Researchers added that “the musical structure defined by the sonata form may elicit positive emotional responses that may be important for anti-epileptic effects.”

It may be possible to find more music that has the same anti-epileptic effect if we pay close attention to the musical structure of Mozart K.448, the study suggested. The first 90 seconds of the music, for instance, has contrasting melodic themes with underlying harmonies. Another piece of music that the study looked at, Wagner’s Prelude to Act I of Lohengrin, begins with only static chords followed by “small shifts in instrumentation and harmony,” and was not associated with significant reductions of IED.

“This work was selected to control for the effect of melody-with-harmony versus harmony alone,” the study explained.

Researchers noted that they found that 90 seconds of listening to music isn’t enough exposure to have a lasting impact on neural activity once the study was over, and acknowledged that the study was limited by its small number of participants.

“Our null IED findings for the altered music, music matched to K.448, and music from subject-preferred genres reinforce the claim that there might be something special about Mozart’s original composition, especially for interacting with the pathology of epilepsy,” the study said.

“These findings reveal the importance of stimulus duration and encourage future work to determine the optimal duration of music for generating enduring therapeutic responses.”