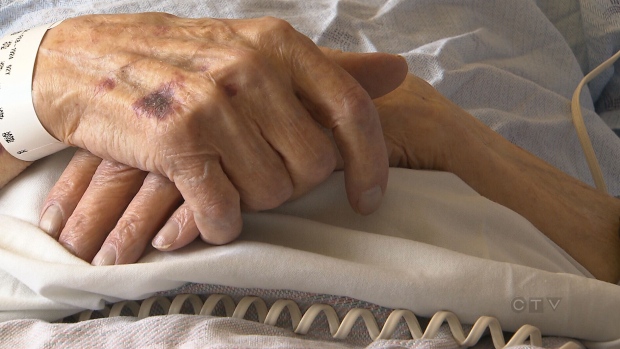 HALIFAX — Nova Scotia’s highest court is hearing an appeal today of a ruling that rejected an 82-year-old woman’s bid to stop her husband from receiving a medically assisted death.

The woman had sought a temporary injunction to argue the merits of the case, however her request was denied by Nova Scotia Supreme Court Justice Peter Rosinski last month.

Rosinski concluded the woman’s 83-year-old husband, who has end-stage chronic obstructive pulmonary disease, was entitled to the procedure because he met the criteria under federal law.

The man’s wife maintains that his wish to die is based on anxiety and delusions, however Rosinski’s decision says the man would suffer “irreparable harm” if an injunction were granted.

In arguing for a stay of Rosinski’s decision, which was also rejected by the courts earlier this month, lawyers for the woman said they didn’t get to cross-examine medical experts.

They said those experts offered conflicting opinions regarding whether the man should have been approved for a medically assisted death under federal law.

Appeal Court Justice Elizabeth Van den Eynden ruled Sept. 4 that the woman failed to establish a stay was warranted because medical professionals had determined her husband met the eligibility criteria.

Van den Eynden also said she could find no realistic grounds for appeal and no material inconsistencies in the assessments provided by medical professionals.

The man’s lawyer also disagreed with the assertion that there were multiple conflicting medical reports, saying that health professionals followed all of the guidelines before approving the procedure.

Legal arguments today will be made before a three-member panel of the Nova Scotia Court of Appeal.

This report by The Canadian Press was first published Sept. 24, 2020.