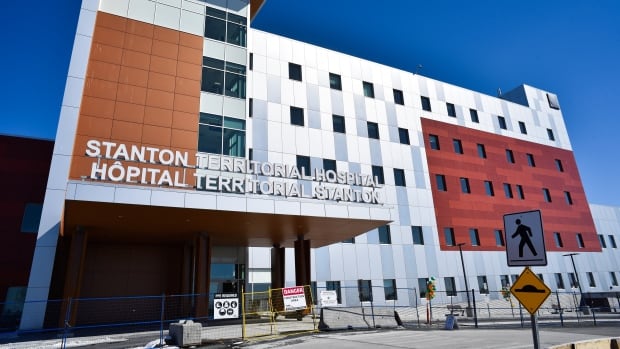 The head of the Northwest Territories Medical Association says he is feeling very positive after meeting with the territory’s chief public health officer and other officials on Friday.

The meeting came after last week’s letter from the association, which represents 84 doctors in the territory, arguing the territory should end physical distancing measures. It said the N.W.T. should accept the risk of more cases of COVID-19 but rely on testing, tracing and self-isolation to contain them.

Dr. Andrew Kotaska, president of the N.W.T. Medical Association, said the letter was written and the meeting was requested because physical distancing measures are causing harm.

The six-page letter includes a long list of those harms including increased substance abuse, financial stress, and increased domestic violence. Kotaska wrote in the open letter that “detrimental health, social and financial effects of social distancing are mounting.”

At Friday’s meeting with association members and public health officials, Kotaska said there was agreement that optimizing the health of people in the N.W.T. is a priority. But he added that this needs to include “mental, spiritual, cultural, physical health as well as … straightforward damage from the COVID-virus.”

He said right now is a good time to have these conversations, as the territory has gone three months with no confirmed new cases.

“It was actually a very productive meeting; you know, there’s clearly a lot of common ground,” Kotaska said.

“I think that provides us now with a good opportunity to pause and re-examine where we’re at and start to individualize and tailor our approach.”

A similar type of open letter addressed to Prime Minister Justin Trudeau and all of the country’s premiers dated July 6, says aiming to prevent or contain every case of COVID-19 is not sustainable at this stage in the pandemic.

It is signed by public health and infectious disease experts who are pressing for governments in Canada to shift toward minimizing and not eradicating COVID-19, while allowing society to resume functioning.

Dr. Kotaska said the letter coming out just days before the meeting was serendipitous because it reiterates many of the association’s concerns.

The statement that accompanies the national open letter has 12 recommendations, including the assessment of physical distancing recommendations from a risk-benefit perspective. This balance, as it pertains to the unique needs of the territory, is also something that officials discussed on Friday, said Kotaska.

The statement also recommends the individualizing of approaches to different circumstances, after assessing the risks on particular settings and communities, something that Kotaska said is of importance to the territory.

“We in the Northwest Territories are an interesting example of a jurisdiction that needs to individualize its approach because of our geography and our lack of COVID[-19].”

Opening up a dialogue

Kotaska said the public has to be ready for the fact that COVID-19 “is going to be with us for a long time.”

“Cases are going to arrive in the N.W.T. and we have to be prepared for that and not take that as a failure, a failure of public health measures or anything else. … Pretending that we can avoid that entirely is going to be too costly.”

Overall, he said he’s looking forward to having another meeting and continuing the dialogue.

“[We left] with a commitment to work together along with other stakeholders to try and see what that best balance would be to minimize the overall harm … both from the virus itself and the measures that have been instituted.”

Chief Public Health Officer Dr. Kami Kandola was not immediately available for an interview after the meeting on Friday but a spokesperson said Kandola and the public health team will be providing any comments next week.