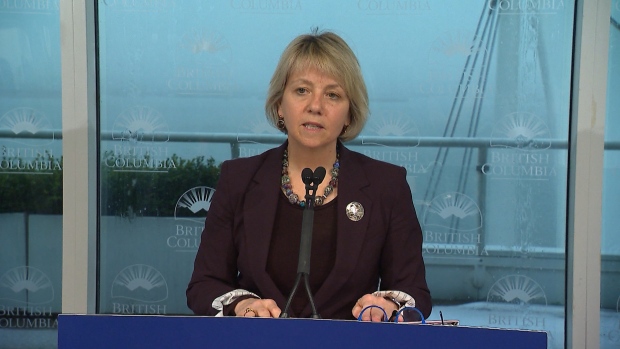 The case is a “presumptive positive” and a sample has been sent to the National Microbiology Lab in Winnipeg for confirmation.

Minister of Health Adrian Dix and Provincial Health Officer Dr. Bonnie Henry announced the case to reporters at the provincial legislature a day earlier than their regularly scheduled update on the virus.

The case is a woman in her 30s who resides in the Fraser Health region, Henry said. The woman recently returned from travel to Iran and has a milder form of the disease, Henry said.

The new case brings the total number recorded in British Columbia to six. On Wednesday, the province announced that the first person in B.C. to contract the virus had recovered.

This is a developing story and will be updated.