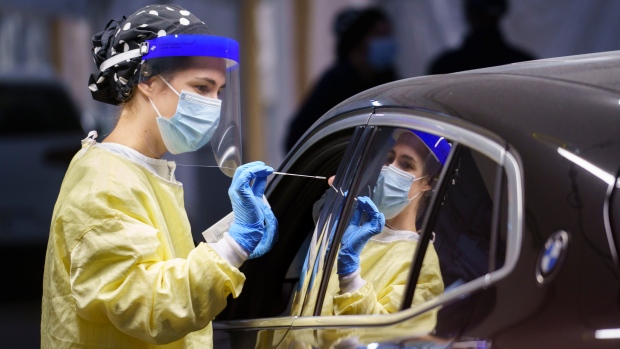 MONTREAL — Quebec must improve working conditions for nurses by adopting a series of standards across the province, according to a 104-page report released Thursday.

That was one of 31 recommendations made by commissioners Francine Ducharme, an honorary professor at the Université de Montreal’s nursing faculty, and Robert Salois, a former Quebec government health and welfare commissioner, in their report into the profession.

“We believe that it is essential that health-care institutions demonstrate a real desire to put an end to organizational dysfunction and to create conditions that are favourable to the development and use of nurses’ skills,” the report stated.

Among the measures proposed is the stabilization of care teams by avoiding the use of placement agencies “as much as possible.” It is suggested that there be a maximum number of hours of work that can be done per day and per week.

The composition of teams should also be better planned according to the needs of different types of clients. It was also suggested that a nurse-to-patient ratio be established to ensure that the right care is provided at the right time to the right person.

Another key recommendation is to make the baccalaureate the only degree that gives access to a license to practice the profession in Quebec within five years.

“In order for nurses to fully take their place and occupy the role that is rightfully theirs, having a university education that would place them on an equal footing with their colleagues in other health professions, for which a university education is required, would certainly contribute to this, in addition to giving credibility to their expertise,” said Commissioner Salois, in a press release.

The DEC-Baccalaureate pathway would be another avenue to get a licence, but it would still require university training. The commissioners are recommending transitional measures for students currently in college training and for the approximately 32,000 nurses (43 per cent of the profession) who hold a DEC.

Behind the recommendation to take a university education is the broader principle of recognition of nurses’ competencies. The Act provides for 17 activities that are reserved for nurses.

“The exercise has clearly shown that nurses’ skills and knowledge are not used to their full potential,” said Ducharme.

“In practical terms, this means that nurses continue to perform procedural care that could be done by other members of the care team. This affects the meaning of their work,” she said.

The release of the report comes at a time when the Legault government is concerned about the lack of nurses in the public health network. The premier has said he is “working day and night” to find solutions. He has opened the door to increasing nurses’ pay to attract those who have turned to the private sector.

Despite the shortage in hospitals, the number of practising nurses is on the rise, according to the commissioners’ report. There are 74,467 in 2020-2021, up from 69,776 in 2015-2016. “Objectively, there is reason to believe that we are not short of nurses, but rather of nursing care,” the report stated.

“If nurses actually did what they were authorized to do and did not do what others could do, the shortage could be resolved.”