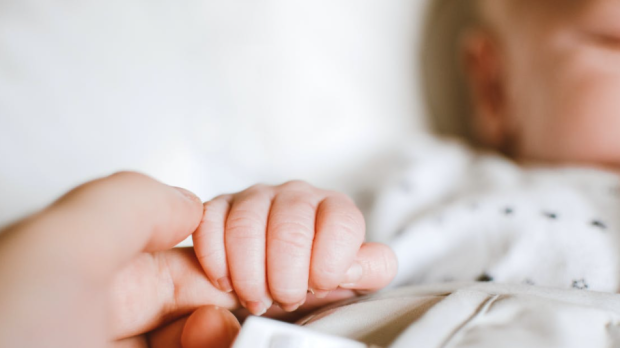 TORONTO — Australian researchers say a new form of therapy for babies showing early signs of autism can reduce the likelihood of a diagnosis by two-thirds.

The therapy, known as iBASIS–Video Interaction to Promote Positive Parenting (iBASIS-VIPP), involves videotaping everyday interactions between the parents and their baby who is between the age of nine and 14 months.

The family then participates in 10 sessions with a trained therapist over a five-month period, who provides feedback to the parents based on the content of the videos and helps guide parents to build social engagement and communication with their baby.

“What this therapy does is help parents understand all the unique ways that their babies are communicating with them with their body language, with their facial expressions, with vocal expressions that aren’t necessarily words,” said lead researcher Andrew Whitehouse in an interview with CTV News.

Whitehouse, who is a professor of autism research at the University of Western Australia, says the therapy is “quite different” from existing interventions, which generally aim to make the children display more typical behaviours.

“This is quite different. This therapy looks to understand and nurture the unique differences of babies, and support them,” said Whitehouse.

While autism diagnoses typically happen at the age of three, signs of autism can start as early as six months of age. These signs include poor eye contact, lack of imitation and less smiling.

“When you see a whole collection of these behaviours together, we start to say, ‘Maybe this baby’s developing a bit differently,'” Whitehouse said.

Whitehouse and his colleagues published their findings in the journal JAMA Pediatrics on Monday. The study involved a cohort of 171 infants aged nine to 14 months and their families. The researchers identified 103 babies who were starting to show early signs of autism.

In a randomized trial, half of the babies showing early autism signs were assigned to receive the new iBASIS-VIPP therapy while the other half only received the usual care. The researchers followed up with the children until they were three years of age.

Only seven per cent of the infants receiving the iBASIS-VIPP therapy were diagnosed with autism, compared to 21 per cent of children who received standard care. Babies receiving iBASIS-VIPP were also found to have reduced signs of autism.

Whitehouse called it an “exciting finding.”

“It was one of those moments where you sort of push your chair away from the computer and start shaking,” he said. “We have long thought that if we can support early development from the very earliest moments of life, we can change lifelong trajectories.”

Australian mom Alianna Celisano and her 11-month-old daughter Angelina were one of the families involved in the study. Celisano had noticed that her daughter was avoiding eye contact, an early sign of potential autism. Angelina also has a sibling on the autism spectrum, which is another risk factor for autism.

“It really enriched our entire bond, actually. The entire experience was phenomenal, one I’ll take with me for life,” Celisano told CTV News.

“It really helped me tune in very, very closely with her and be able to recognize even the tiniest little cues, which were just very, very powerful,” she added.

Dalhousie University pediatrics professor Dr. Isabel M. Smith, who was not involved in the research, calls the findings “impressive.” While other studies have looked into similar interventions for children with autism, Smith says this is the first one to involve children this young.

“It’s really fantastic that we now have ways of intervening so early, and setting these kids on the right track,” Smith, who is also the Joan and Jack Craig Chair in Autism Research, told CTV News. “Giving parents the skills to do that is just huge, and it makes a difference for kids.”

Whitehouse says he and his team will be following up with the children who participated in the study all the way up to age seven, at which point they’ll be reassessed. He also plans to develop training programs to ensure that anyone around the world can access iBASIS-VIPP.

“This is the first time anywhere in the world that we can actually reduce difficulties and promote development to the point that we’re reducing the likelihood the kids receive a diagnosis. That’s a really important milestone in autism research and we really hope that it creates significant benefits around the world,” he said.