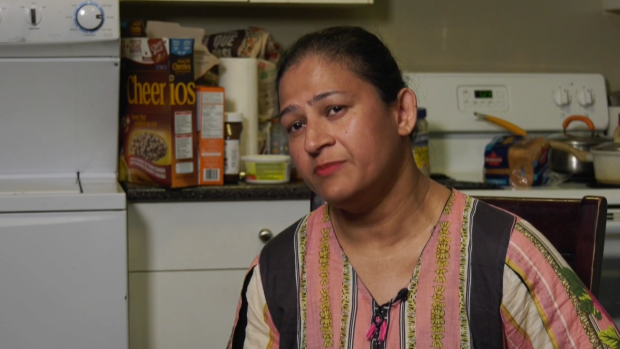 SURREY, B.C. — A Surrey, B.C., mother was frightened when her eight-year-old daughter came out of the bathroom, started crying and screaming in pain, then suddenly fainted on Saturday afternoon.

“She said, ‘I feel like throwing up,’” recalled Sadaf Khan, “and she passed out right away and she fell on the floor.”

She said her daughter, Aria, woke up several seconds later but didn’t know what happened as she continued to cry out in pain.

“We have never seen her in this condition. We were so worried,” Khan said.

Minutes before, Aria took a fall while trying to close the bathroom window, which she wasn’t able to explain to her parents at the moment.

Khan called 911 from their Surrey home, and they waited for more than 20 minutes before calling again.

“I thought in my mind they might come within five minutes or 10 minutes, but it was too long, like nobody showed up,” she said.

Khan said she had to explain what happened to the dispatcher for the second time, and then was told there was no ambulance available and it would be faster if they took their daughter to the hospital instead.

Once they saw a doctor in the emergency room and Aria underwent several tests, she was bandaged up and sent home.

Khan said she’s glad it wasn’t anything serious, but believes no one should have to wait that long for help.

She said her elderly mother had to wait an hour for an ambulance just six months ago, so it isn’t the first time her family has experienced this delay.

Troy Clifford, president of Paramedics Ambulance of B.C., said what the Khan family experienced was “unacceptable.”

“When they call for help, they need to know that the ambulance is there for the timely medical access to emergency care and treatment and transport in their time of emergency,” Clifford told CTV News. “That’s clearly not happening in those situations, and we need answers.”

He was told at least 35 per cent of ambulances, and potentially upwards of 50 per cent, sat in parking lots this weekend because there weren’t enough paramedics to staff them.

Clifford it was busy across the Lower Mainland, but especially in Surrey.

“Surrey in the Fraser Valley is one of our highest call volume areas because of the growth that’s out there,” he explained.

He said the province needs to commit to recruiting more paramedics and get rid of the on-call system in which paramedics are paid $2 an hour.

In an email to CTV News Vancouver, the Ministry of Health said so far this year, it has hired 263 paramedics and another 400 positions will be posted next month.

But BC Liberal health critic Renee Merrifield questions whether the new hires have addressed the critical issues.

“It’s not just about how many we have, it’s are they full time? Are they part time? Are they casual on call? How are they being remunerated or paid when they are on call?” she as.

“We need a strategic plan for how we need staffing for what that looks like, where we need the staffing most What the highest call times are, and we need to then equip to that plan and make sure that that plan gets rolled out appropriately,” she said.

The ministry said it takes the issue seriously and is working to address the challenges.

“Important changes are currently being rolled-out to our staffing model across the province…The new staffing model is aimed at improving emergency response coverage and creating a more stable paramedic workforce,” it said in a statement.

The Khans hope the challenges mean no other families in B.C. are told there are no ambulances available when a loved one needs help.