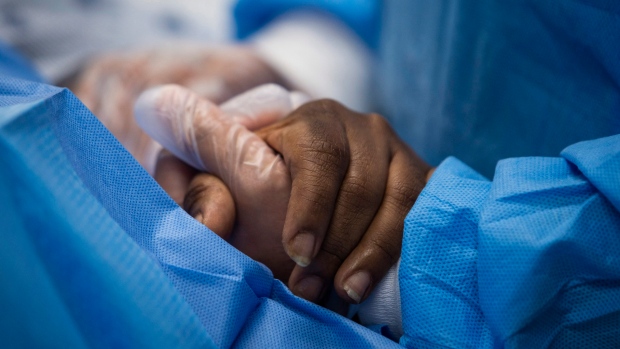 HALIFAX — Nova Scotia’s heath authority has placed a 30-day hold on referrals to its medical assistance in dying program because of an increase in demand and the ongoing strain on the health-care system caused by the pandemic.

Dr. Gord Gubitz, the head of the program, says that nine months into the year, Nova Scotia Health has already received more referrals than it did in all of 2020.

In an emailed statement Thursday, Gubitz said it’s important for the medical assistance in dying (MAID) program to remain transparent about wait times.

“We are receiving an unprecedented demand for this service,” he said.

“We are unable to keep up with the current need with our current resources. This is very deep and considerate work and we know that, for those patients, families and those who support them, having to wait and be unsure of the timing is a cause of great stress and despair.”

Medical assistance in dying has been legal in Canada since June 2016. Amendments that changed eligibility requirements became law in March of this year.

Gubitz said those changes have made it possible for more people to seek a medically assisted death.

“While we are receiving more referrals than ever, we are also struggling to find enough clinicians to perform assessments and procedures,” he said. “We can maybe attribute a bit of this to the demands on our health-care system while dealing with the pandemic.”

The doctor said his team works with patients to plan the timing of their deaths according to the severity of their illness and symptoms.

“Unfortunately, we are often dealing with terminal illness, and there are cases where people pass away naturally while awaiting MAID,” he said, adding that the team is hiring more staff to deal with the backlog.

Under the Criminal Code, those seeking a medically assisted death must be at least 18 years old, mentally competent and capable of making informed health-care decisions that are not influenced by others. As well, they must have an irreversible, grievous medical condition, which includes a serious illness, disease or disability — but not a mental illness.

Their condition must also include unbearable physical or mental suffering that cannot be relieved in a way they find unacceptable. Applicants, however, do not need to have a fatal or terminal condition to be eligible.

Since 2016, Nova Scotia Health has received 1,465 referrals for a medically assisted death, according to provincial figures.

Meanwhile, the number of annual referrals has steadily risen from 36 in 2016 to 373 in 2020. As of September of this year, the health authority has received 395 referrals.

Of the 1,456 referrals received since the law came into effect, 667 requests for MAID have been carried out, 202 remain active and 75 are on hold. As well, 329 patients died before their request could be granted, 82 lost their capacity to give informed consent, 43 did not meet the criteria and 82 requests were cancelled.

This report by The Canadian Press was first published Sept. 30, 2021.