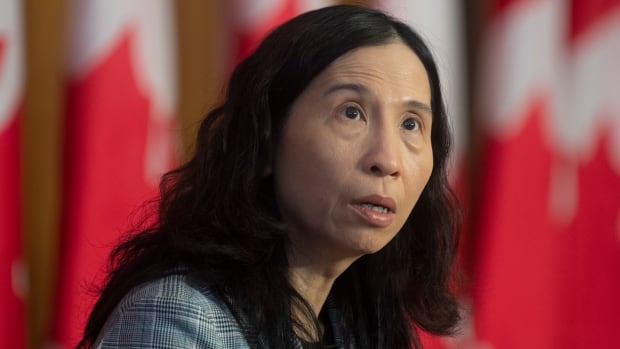 Speaking to reporters, Dr. Theresa Tam said 112 cases of the disease have been detected across the country — 98 in Quebec. There are nine cases in Ontario, four in Alberta and one in British Columbia.

Tam said all of the patients are males between the ages of 20 and 63. The majority of them had sexual contact with other men.

“We’re learning all the time about this virus which we haven’t seen outside of the African countries,” said Tam.

Tam said doctors are testing people who have rashes and are sometimes finding diseases other than monkeypox.

“They are testing quite a lot of people who are actually testing negative for monkeypox but positive for other things,” she said.

“That’s one way of casting the net in the front lines of public health and some of these individuals who are tested actually have very minimal skin lesions, but they are still being tested and we are finding other causes.”

Tam said the public health agency is also looking at wastewater and other surveillance systems to detect cases of monkeypox and antibody levels in different populations.

Tam said genetic analysis is showing that the strain of monkeypox circulating in Canada is the same one circulating internationally. She said a number of super-spreader events appear to have contributed to the spread.

Tam said doses of a vaccine effective against monkeypox are being made available to people at higher risk of exposure and health officials recommend that people get the shot within four days of exposure. While the disease can spread through sexual contact, it can also spread through things like bed linens, she added.

The public health agency said it could not confirm how many suspected cases there are across the country.

While the federal government’s high-level lab in Winnipeg had been doing all of the testing, it has started to work with provinces to enable provincial labs to test as well.