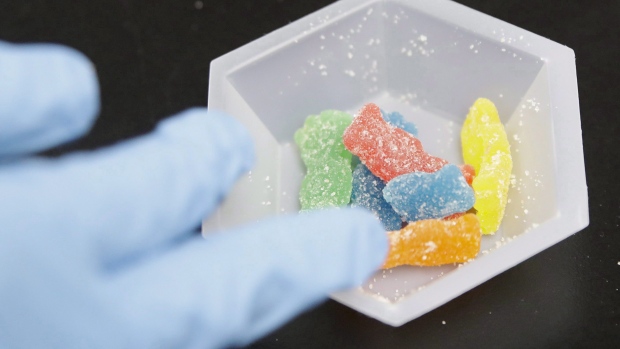 TORONTO — Early results from a two-year Canadian study are shedding a light on how dangerous cannabis edibles can be if they end up in the hands of young children.

The study, which looked at incidents when a child under the age of 18 had experienced a serious or life-threatening event related to exposure to non-medical cannabis, found that 33 per cent of the cases in 2019 involved children being hospitalized after accidentally consuming cannabis edibles.

The results also showed that the number of children hospitalized due to severe reactions to cannabis exposure has doubled since 2018.

While children experiencing harm due to cannabis is significantly rarer than children being impacted by alcohol – a 2017 report by the Canadian Institute for Health Information reported that six children between the ages of 10 and 19 were hospitalized due to alcohol every day between 2015 and 2016 — this new study underlines for parents that accidentally leaving out edibles around children can lead to terrifying hospital visits.

“Cannabis products, like other substances that can impact children’s health, should be secured in one’s home,” Dr. Richard Bélanger, one of the principal investigators on the study, and an adolescent medicine specialist with Université Laval, told CTVNews.ca in an email.

Health-care providers have warned of the risks of cannabis edibles for children before. When edibles are fashioned to look like candy that children are used to, it can be easy for children to accidentally consume a much higher level of the drug much faster than is safe.

“People need to be really conscious of the impact it can have, particularly on young children given their size and the way they metabolize (cannabis),” Debbie Friedman, trauma director at the Montreal Children’s Hospital, told CTV News in 2019.

According to the study, in 2019 there were 51 cases of cannabis-related exposure reported by paediatricians and health-care providers.

Of those cases, 36 involved serious or life-threatening events — and 34 required hospitalization.

The average age of children impacted in these incidents was just under 10 years old. Sixteen of the children were girls, and 20 were boys.

A third of all of the cases involved children who were 12 years old or younger and had suffered “unintentional injury” by accidental consumption of cannabis edibles, such as gummies or chocolate.

“From an epidemiological and public health perspective, unintentional injuries are preventable events that must be understood, in contrast to labelling them as accidents or bad luck,” Belanger said.

The high levels of intoxication that children can be subjected to if they accidentally consume edibles “can present as altered level of consciousness, and even […] respiratory distress in need of assisted ventilation.”

Eight of the cases in CPSP’s 2019 results were between the ages of 13 and 18 and had developed cannabis hyperemesis syndrome — a rare condition characterized by vicious bouts of nausea and vomiting, which can strike those with an extensive, daily habit of cannabis use.

Almost all of the 36 cases resulted in hospitalization, and 28 of the cases required care such as IV fluids or ventilation assistance, among other strategies. Thirteen children additionally received mental health treatment, such as a psychiatry consultation or a referral to a social worker.

Six children had to be brought to the intensive care unit.

“These results highlight the need for accessible, compassionate education around cannabis — both for parents and for adolescents,” Dr. Christina Grant, co-Principal Investigator and an adolescent medicine specialist at McMaster Children’s Hospital stated in a press release. “These findings provide Canadian-specific data to support guidance on the potential harms of cannabis use by adolescents and on the importance of appropriate storage of edibles, especially around young children.”

Last summer, researchers released their first interim results from the study, which showed that 16 cases of serious or life-threatening incidents involving children and cannabis had been reported in 2018 — less than half of the 2019 cases.

In 2018, accidental ingestion of edibles that belonged to parents or caregivers was also the highest cause of hospitalization in cannabis related incidents, despite edibles only becoming legal in Canada in 2019.

A Manitoba mother told CTV News in 2019 that her two-year-old started having seizures and had to be put on a breathing machine after her five-year-old brother shared a cannabis-laced chocolate bar with her that he had found on a top shelf in the kitchen.

This study was first launched in September of 2018, as a response to cannabis becoming legal in Canada. A news release posted by CPSP in 2018 stated that the goal was to track the impact of legalization on children and youth across the country from a public health perspective.

Belanger told CTVNews.ca that they want to raise these issues “not only among paediatric health providers, but also among adolescents and parents” so that a greater discussion around safety can be had.

Researchers noted in the release of the 2019 data that “more time” is required to measure the full impact of the legalization of cannabis edibles, since products weren’t available for sale until December of 2019.

The study will run until October of 2020.