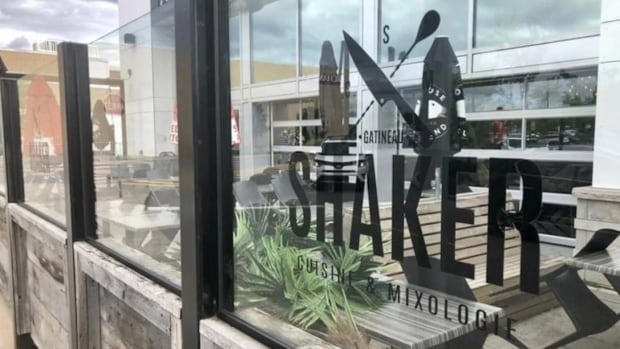 About 15 staff and customers of Shaker Cuisine & Mixologie in Gatineau, Que., have now tested positive for COVID-19, according to local health officials.

The chain restaurant in the Promenades Gatineau mall temporarily closed Monday after announcing five of its staff had tested positive. The five employees last worked Aug. 24 and had no direct contact with customers, the restaurant said initially.

On Thursday, however, the region’s public health unit confirmed in a French-language interview with Radio-Canada that 10 employees and “five or six” customers of the restaurant have now tested positive for COVID-19.

The Centre intégré de santé et de services sociaux de l’Outaouais (CISSSO) is urging anyone who was at the restaurant between Aug. 20 and 27 to get tested.

CISSSO is also reaching out to close contacts of the confirmed cases, said Dr. Carol McConnery.

McConnery told Radio-Canada that patrons of loud bars often sit closer together and lower their masks, which are mandatory in indoor public spaces in Quebec.

The RLS de Gatineau, which covers the city and a small part of the neighbouring municipality of L’Ange Gardien, has logged 47 confirmed COVID-19 cases so far this week.