The territory now has 60 confirmed cases, all announced in the last 11 days.

Of the new cases announced Tuesday, 26 are in Arviat, bringing the total in that community to 46.

The other eight new cases are in Whale Cove. They are the first to be identified in that community.

Arviat, home to more than 2,500 people, is a predominantly Inuit hamlet located on the western shore of Hudson Bay. It’s nearly 150 kilometres south of Whale Cove, which also sits along Hudson Bay and has a population of about 435, according to the latest census data from 2016.

Both are fly-in communities; there are no roads connecting them. However, community members sometimes travel between the hamlets by snowmobile.

A government news release on Tuesday said one of the affected individuals in Whale Cove is linked to the outbreak in Arviat, and the coronavirus was then transmitted by that person to seven others in Whale Cove.

The release said all individuals are in isolation and “doing well.”

If anyone with the virus becomes severely ill or requires a ventilator, they will need to be moved to a hospital in the South for treatment, Nunavut Premier Joe Savikataaq told CBC’s Power & Politics later on Tuesday.

However, “no one has been hospitalized, to the best of my knowledge, so far,” he said.

Right now, the territory is managing the situation on its own, the premier said, but the federal government has agreed to make resources available if needed, whether funding or nurses and doctors.

Michael Patterson, Nunavut’s chief medical officer, said in the news release that contact tracing is underway in all communities. He said there is currently no evidence of community transmission in Whale Cove, as all the confirmed cases are linked to Arviat.

The territory’s other confirmed cases include four in Rankin Inlet and two in Sanikiluaq.

Nunavut will enter a mandatory, territory-wide restriction period for two weeks, starting Wednesday, as a response, Patterson said. The move was made to limit the spread of the virus. All non-essential services, businesses and organizations will be required to close and wherever possible, switch to work from home.

Masks will be strongly recommended in public spaces and when physical distance can’t be maintained. 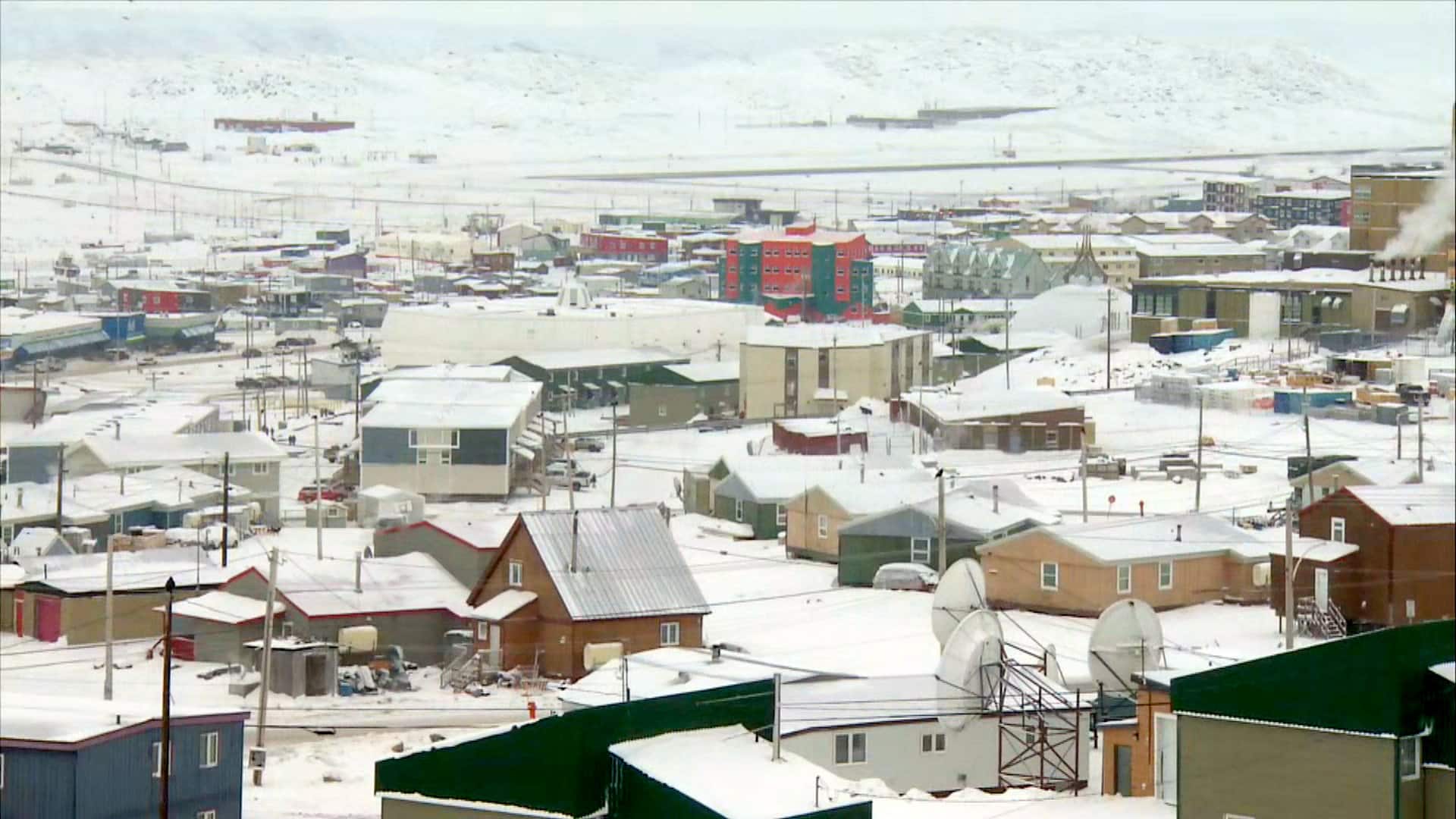 Nunavut now has 60 confirmed cases of COVID-19, more than double what the territory reported on Monday. The territory, which had no cases until early November, will enter a mandatory two-week period of restrictions to try to limit further spread of the virus. 1:52

In the Kivalliq region, and Sanikiluaq, masks will remain mandatory.

Tuesday’s news hit close to home for Nunavut’s premier, who is from Arviat.

“We care for all communities, but this has a special place for me,” he said. “I know everyone there. I feel for them.”

Savikataaq said it’s believed the virus was circulating in Arviat for about a week before it was detected, and that’s why people were asked to practise physical distancing and to limit their visits, even when the territory had no confirmed cases.

“When the disease gets there, [initially] we don’t know if it’s there or not,” he said.

Throughout the pandemic, anyone arriving from outside the territory has been required to quarantine for 14 days before entering the region.

The premier said the fact that the territory was COVID-free for the last eight months shows the process was working.

However, the government is “not sure where the weak link or the breakdown happened,” he told Power & Politics host Vassy Kapelos.

“That will be looked at and scrutinized once we immediately deal with the crisis that we have right now in terms of that rapid spread of COVID-19 within the four communities.”

He could not say whether any of the confirmed cases are linked to overcrowded housing, an issue endemic to the territory.

“That will be answered through the contact tracing,” Savikataaq told CBC News. “But obviously, if you have overcrowded housing, then the odds of COVID-19 spreading in that household [are] greater than if there’s fewer people in the house.”

He said hotels and gymnasiums would be made available for people to safely isolate if needed.

Savikataaq’s advice to Nunavummiut — residents of Nunavut — is to follow public health guidelines, including avoiding social gatherings, wearing a mask in public and washing your hands often.