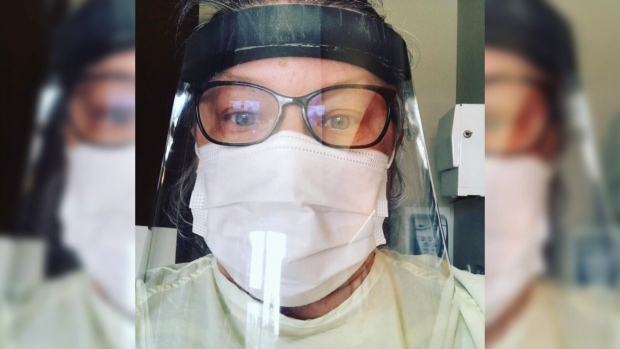 MONTREAL — Montreal is no longer the epicentre of Canada’s COVID-19 outbreak—that’s now just north of the river, in Laval, home to nearly half a million people.

The suburb’s crisis may not have gotten the attention Montreal’s did, but it has been severe. One nurse at a local long-term care home described Thursday how her patient was left lying in a shared room next to a corpse for almost a full day.

“We had a patient that didn’t die but was traumatized, because they left a dead body beside him for almost a day before they came and picked him up,” said Sylvie Morin, the assistant head nurse at the Sainte-Dorothée long-term care home.

Laval health-care workers are now demanding answers about what they’ve been through and asking how they can possibly cope with a potential second wave.

At Sainte-Dorothée, staff describe the last few weeks as hell on earth. Ninety residents there have died, according to the latest government update—the most of any Quebec long-term care home.

The scars of the experience go deep for Laval’s health-care workers, in a personal sense and to their workforce as a whole.

At one point, Morin recalls, “I saw my boss ordered 300 death certificates…So that really got me like, ‘My God, they are all going to die.’”

She’s put in paperwork to retire in September, saying she’s at her breaking point after trying in vain to save her patients, over and over.

She said she no longer feels safe going to work and is full of anxiety and anger.

“The guardian angels,” as Quebec Premier François Legault has called the province’s healthcare staff, “are losing their wings,” she said.

At Sainte-Dorothée, the situation has stabilized slightly, now that the virus has run its course through the facility. Two-thirds of the beds in Morin’s unit are now empty after all the deaths and discharged patients.

But she knows that the emergency room at a nearby major hospital, Cité-de-la-Santé, is overcapacity right now. On Thursday, it was at 116 per cent capacity.

She worries that more patients from the hospital could be transferred into the care home.

Though Quebec delayed school reopening to the fall, it’s slowly embarking on its economic reopening, with private health-care services like dentistry allowed to resume June 1. Most regional travel restrictions have been lifted, and people even in hard-hit Montreal and Laval will be allowed to gather outdoors in groups of up to 10 people starting this Friday.

The province also announced this week that long-term care patients who had been hospitalized with COVID-19, who had until now been kept in hospital to limit the spread of infection, would be allowed to return to their care homes.

Morin says she expects a second wave of cases, despite her burnout.

Authorities in Laval are facing increasing questions about their actions over the past two months. Jean-Pierre Daubois, whose mother died at Sainte-Dorothée, has launched a class action lawsuit against the residence. It has yet to be approved by a judge.

“To be told that my mother was fine, and then she dies the next day, this is incredibly frustrating,” he said.

And the unions that represent many of the local staff say the outbreak was mismanaged by the Laval health board and by the province.

They allege the authorities were slow to take crucial measures like supplying masks and gowns, which contributed to how hard-hit the region ultimately became.

“Staff who had been caring for these patients for years, and had formed connections with them… had to watch them die.”

But this week, Laval’s case count per 100,000 inched above Montreal’s, leading to its new status as epicentre.