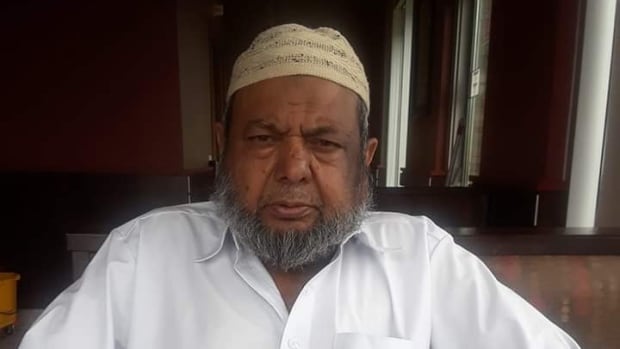 The police officer who last month fatally shot Ejaz Choudry, a 62-year-old man suffering from a mental health crisis, has refused to speak with Ontario’s police watchdog about his actions.

The Special Investigations Unit (SIU) says the Peel Regional Police officer, whose name has not been released, declined to be interviewed and has also chosen not to submit a copy of his notes.

Under the Police Services Act, officers under investigation, referred to as “subject officers,” cannot be legally compelled to speak with the SIU, the agency said in a news release Thursday afternoon.

The Choudry family’s lawyer said it’s “troubling but not surprising” that the officer won’t speak with the SIU.

“There is nothing he could possibly say that could excuse or justify shooting Ejaz,” said Nader Hasan.

The officer’s refusal marks the third case to come to light in recent weeks in which subject officers have chosen not to speak with the watchdog. CBC News revealed Wednesday that two officers from Peel Region involved in the fatal Tasering of Clive Mensah also refused.

All three cases involve Black people or people of colour whose families say they were struggling with mental health issues.

In SIU investigations, subject officers are treated essentially the same as suspects in a criminal investigation. As such, they share the same charter rights as any other member of the public, including the right not to incriminate themselves.

However, the recent cases have sparked debate about whether police officers should be compelled to speak with investigators.

Choudry’s family said he suffered from schizophrenia and various other medical conditions, and that they had called a non-emergency line with concerns that he wasn’t taking his medication.

When paramedics arrived, his nephew, Hassan Choudhary, previously told CBC News, they spotted his uncle’s pocketknife — something he kept with him because he felt police “were out to get him.”

Choudry told family members he wanted to kill himself, according to Choudhary, but no mobile crisis unit was deployed to the home.

Instead, police have said they used a Taser and plastic bullets on Choudry, and opened fire when those had no effect.

Choudry died at the scene.

The SIU says it has completed its fieldwork on the case but that the investigation remains open “pending receipt of additional information.”

So far, nine witness officers have been interviewed, the agency says.

Investigators have collected a police-issued firearm, a stun gun and an anti-riot weapon that fires plastic bullets.

They have also collected a knife from the scene. The knife and firearm have been sent for forensic analysis.

An autopsy was conducted on June 22. The SIU says it is awaiting the results.