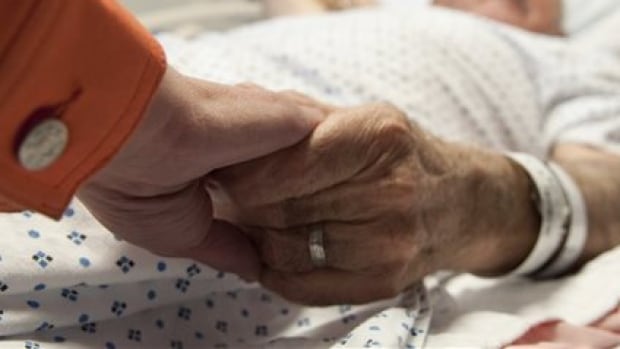 The federal government has been flooded with messages from Canadians who want to weigh in on medical aid in dying. As of Wednesday evening, 229,281 Canadians had responded to the government’s survey, which has been online for just a week and a half.

It’s an enormous figure — the largest number of responses the Department of Justice has ever seen for any public consultation. Even hot topics like cannabis and prostitution only netted about 30,000 responses each.

CBC News asked Justice Canada whether it was aware of any organized campaign that might be pushing the numbers up.

“We will continue to monitor for any potential evidence of abuse, but to date no major issues have been identified,” said a ministry spokesperson.

One factor that could be driving the numbers is experience: more Canadians may now know someone who obtained a legal doctor-assisted death, said Susan Desjardins of the advocacy group Dying with Dignity.

“I believe that people want to have this choice,” she said.

In her own volunteer work with the group, Desjardins said, she’s seen an increase in the number of requests for information about assisted dying. Her group is encouraging its members to participate in the online consultations.

The federal government said more than 6,700 Canadians have obtained medically-assisted deaths — but that figure only covers the period up to November 2018.  CBC News has requested newer numbers.

Leaders in the Catholic Church also have been urging their members to weigh in.

The Canadian Conference of Catholic Bishops provides a link to the survey on its website.

“We weren’t necessarily directing them or telling them how to fill it out,” said Calgary Bishop William McGrattan. “But [we’re] giving them the proper understanding and context and knowledge so they might express their views with their faith in mind.”

Bishop McGrattan said he worries that any expansion of access to medical aid in dying would affect the vulnerable, such as those with dementia or mental illnesses.

He said he’s also concerned about the tight timeline for public consultations. The survey will close on Jan. 27 at 11:59 PM PST.

“A two-week consultation I don’t think gives it the importance that it should,” he said, adding that a deeper discussion is needed before the law can be changed.

The federal government is doing more than just the online survey.  Cabinet ministers have been holding closed-door roundtable meetings across the country on the topic as well.

Officials are working quickly to meet a court-imposed timeline. A Quebec judge struck down a portion of the federal law in the fall. The portion of the law requiring that a patient’s death be “reasonably foreseeable” to qualify for medical assistance will be suspended as of March 11.

In 2016, a poll by the Angus Reid Institute found that 73 per cent of respondents believed it should be easier for Canadians to make their own end-of-life decisions. New data seen by CBC News that will be released by Angus Reid later this week shows that number has risen.

It shows a “hardening” of opinion on the issue, said the polling firm’s executive director Shachi Kurl.

“When you see consensus that is that strong on an issue, you know people are passionately engaged on it. They’re paying attention. And in many cases, it’s going to be something that has touched their [lives],” said Kurl.

An ‘evolution’ in thinking?

Lametti has said Canadians’ views on medically assisted death have evolved since the legislation was passed in 2016.

Not everyone agrees. Grace Pastine of the B.C. Civil Liberties Association, which advocates for fewer restrictions on medically assisted death, said that Canadian politicians are simply waking up to what the public already believed.

“The federal government has, in some ways, caught up to where the Canadian public is, and really where the courts have been for years now,” said Pastine.

She describes the current laws as providing “layers and layers of safeguards” on the procedure. People with diseases such as Parkinson’s, multiple sclerosis and Huntington’s have a right to a doctor’s help to die, she argued, and the new legislation should reflect that.

Larry Worthen, executive director of the Christian Medical and Dental Association of Canada, staunchly opposes the 2016 legislation. He said he fears some will choose a medically assisted death because they worry about being a burden to their loved ones, or because they feel lonely or isolated.

“We have to as Canadians come to grips with the fact that once we’ve opened Pandora’s box in this way, there are going to be some unintentional repercussions,” he said.