Canada’s chief public health officer is calling for a “collective effort” to stem the spike of COVID-19 and to lessen the burden on essential workers.

“To essential workers — from those growing our food and keeping grocery stores stocked with vital supplies to the health-care and public health workforce providing care and services to Canadians — thank you for your commitment to keeping our society running,” Dr. Theresa Tam said in a statement on Saturday.

“Many of you have been on the front lines since the beginning, putting yourselves in harm’s way,” she said. “As individuals, we have an important role to play to minimize the COVID-19 burden on essential workers.”

An exposure notification from the COVID Alert app prompted Deputy Prime Minister Chrystia Freeland to reveal on Saturday that she is self-isolating.

Freeland said on Twitter that she has been tested, and her office reiterated that she would remain in isolation until she receives the results of her test.

Today, I had a COVID-19 test after I received a notification from the COVID Alert app. I am isolating at home while I wait for the results of the test. My thanks to our excellent health care professionals.

In a followup tweet, Freeland encouraged Canadians to make use of the exposure notification app, which allows people to report a positive test result.

There have been about 4.9 million downloads of the federal COVID-19 exposure notification app so far, with 2,939 Canadians using it to log a positive coronavirus test. Alberta and British Columbia are the final two provinces that have yet to activate the app. 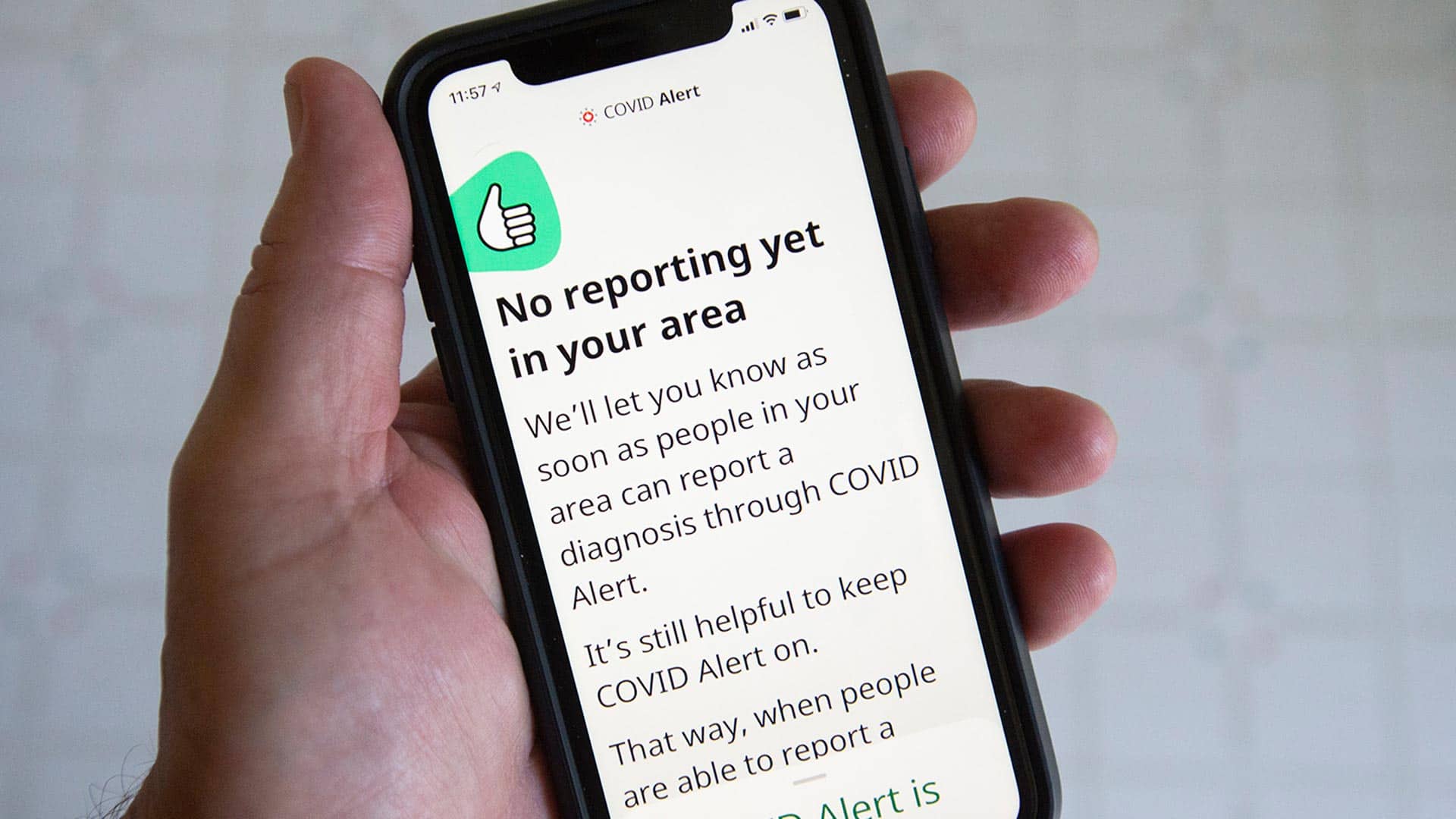 Only five million Canadians have downloaded the COVID Alert app in three months, partly because it’s not active in Alberta and British Columbia. Officials in B.C. want the app to give more information about COVID-19 exposure while Alberta has been delayed by its own app. 1:57

On Friday, the federal government announced that the app had been updated to allow users reporting a positive result to input their testing date or the date their symptoms first began.

“Importantly, the COVID Alert app can now notify users of potential exposure to cases during the time period when the people who tested positive were most infectious,” Health Canada wrote in a statement. “This will align more closely with current public health guidance, as individuals are likely to be most infectious from two days prior to symptom onset for symptomatic individuals.”

The new features are optional, and the additional data will not be shared with the government or anyone else, the department said.

What’s happening in the rest of Canada

As of 4 p.m. ET on Saturday, Canada had 234,511 confirmed or presumptive coronavirus cases. Provinces and territories listed 195,876 as recovered or resolved. A CBC News tally of deaths based on provincial reports, regional health information and CBC’s reporting stood at 10,136.

Manitoba saw 349 new cases, along with two more deaths. One of the deaths — a woman in her 90s — is linked to an outbreak at Maples Personal Care Home in Winnipeg. The other person who died was a woman in her 50s.

Quebec reported 1,064 new cases. Premier François Legault is urging trick-or-treaters to maintain physical distancing and follow public health guidelines as they do the rounds on Halloween.

Nova Scotia recorded five new infections, bringing the total active cases into double digits for the first time since June. There are now 11 active cases of the virus in the province.

In Newfoundland and Labrador, Vale announced a presumptive case at the Voisey’s Bay mine site in northern Labrador, with the Department of Health working to complete additional testing.

In New Brunswick, a school in Woodstock announced a case of COVID-19. Townsview School, which has about 600 students in grades K-8. will remain open on Monday as health officials conduct contact tracing.

In Yukon, the territory on Friday reported its first death. Yukon’s Chief Medical Officer of Health Dr. Brendan Hanley said the individual was “older” and had “significant underlying medical conditions.”

A database maintained by Johns Hopkins University put the cumulative number of COVID-19 cases reported around the world since the pandemic began at more than 45.7 million as of Saturday morning, with more than 29.7 million of those listed as recovered. The death toll reported by the U.S.-based university stood at more than 1.1 million.

In Europe, Britain on Saturday surpassed one million cases of COVID-19 since the start of the pandemic. The grim milestone comes as Prime Minister Boris Johnson announced England will enter a month-long lockdown on Thursday to curb a surging coronavirus outbreak. 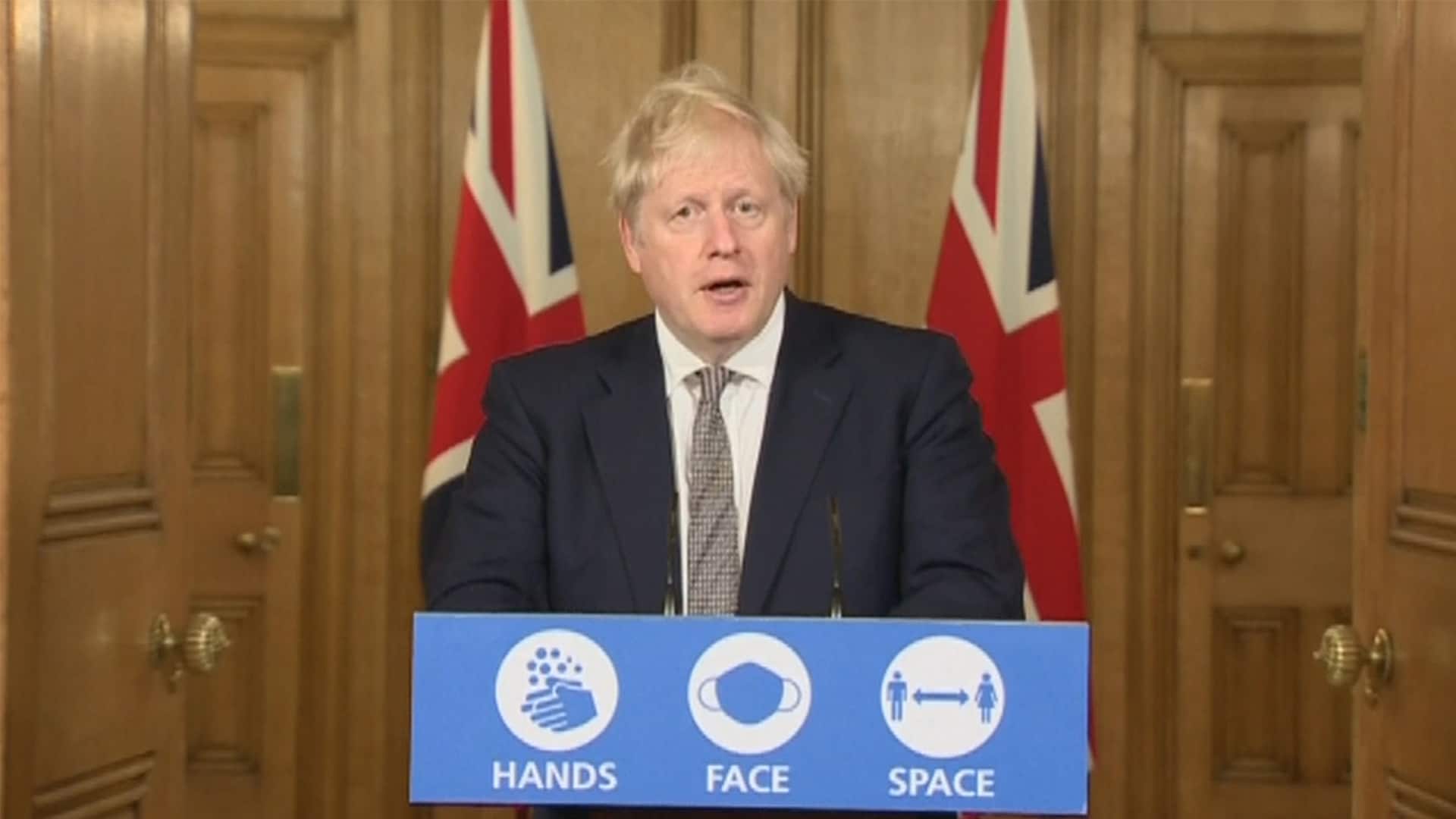 In Asia, China has reported six new confirmed cases in an outbreak in Xinjiang, bringing the total in the far-west region to 51. The outbreak in Shufu county, near the city of Kashgar, appears to be linked to a garment factory that employs 252 people and has since been sealed off.

In the Americas, U.S. federal health officials ended a no-sail order on cruise ships on Saturday. The Centers for Disease Control and Prevention also announced new rules for the industry, such as ship owners testing all passengers and crew at the start and end of all voyages, which are limited to seven days.

In Africa, Kenya has joined the global clinical trial of Oxford University’s vaccine candidate. The vaccine candidate, known as ChAdOx1 nCoV-19, has been developed jointly with AstraZeneca and is being evaluated in four countries: Britain, South Africa, Brazil and now Kenya.