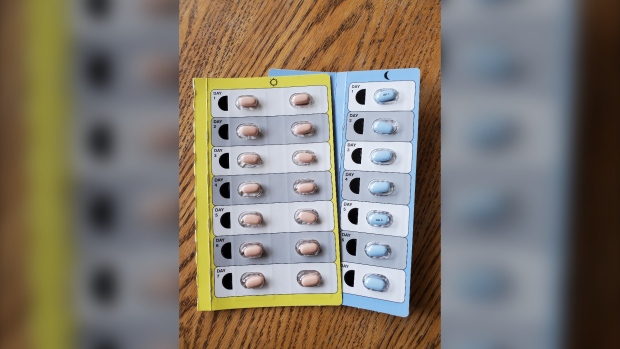 Three provinces say they’ll start covering the cost of a new drug that experts describe as a “life-changing” treatment for cystic fibrosis.

Ontario, Alberta and Saskatchewan announced Friday that they’ll pay to provide eligible patients with Trikafta, which costs roughly $300,000 a year at its list price, under their publicly funded drug programs.

The news comes a week after the Pan-Canadian Pharmaceutical Alliance, which negotiates the prices of medicines on behalf of provinces and territories, reached an agreement with Vertex Pharmaceuticals on the costs and conditions of covering Trikafta.

The provinces that listed the drug haven’t specified eligibility criteria, however, the Canadian Agency for Drugs and Technologies in Health has issued a draft recommendation that would restrict the therapy to patients with less than 90 per cent lung function.

The chief scientific officer of Cystic Fibrosis Canada called Trikafta the “biggest innovation in cystic fibrosis treatment,” noting that research suggests the drug could be effective in 90 per cent of patients.

Dr. John Wallenburg says the three-drug therapy could have profound health benefits because it targets a faulty protein that causes the buildup of mucus that clogs the lungs and digestive system.

“This is a drug that by its mechanism of action is different from anything that most people with cystic fibrosis have been able to access in the past,” Wallenburg said.

“We’ve been treating the symptoms of the disease for decades, and we’ve done great doing that, but this is a drug that goes in and corrects the basic defect.”

Health Canada approved Trikafta for patients aged 12 and older in June after a prolonged campaign to make the drug available in Canada.

“We think that this sort of lays the groundwork and sets a precedent for all of the other provinces … to follow suit as quickly as possible.”

Cystic Fibrosis Canada estimates that about 4,300 Canadians have the disease.

This report by The Canadian Press was first published Sept. 24, 2021.