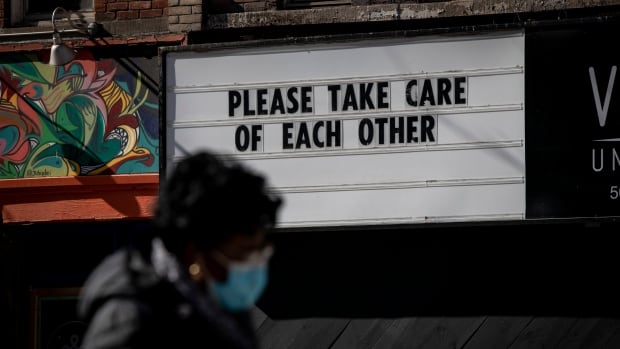 Ontario reported 446 additional cases of COVID-19 on Tuesday as the legislature is expected to extend the province’s state of emergency until June 30.

The 1.6 per cent increase in total cases comes as Ontario’s network of about 20 labs processed 15,244 test samples yesterday, a second straight day below its own target of 16,000.

The system has capacity to handle as many as 25,000 tests on any given day, according the Ministry of Health.The backlog of test samples waiting to be processed grew to 10,622.

Last week, Premier Doug Ford had expressed optimism that an increase in testing could help facilitate a regional reopening of Ontario. But the province failed to meet its testing benchmark more than half the time throughout May.

The new cases bring the total number since the outbreak began in late January to 28,709. Some 78.3 per cent of those are now resolved.

It’s not clear how many of those cases may have been included in today’s figures.

Health Minister Christine Elliott said the mistake “has been rectified to make sure it won’t happen again,” but she added that everyone who gets tested can go online to receive their diagnosis without waiting for a call from a public health employee.

Elliott said the province is following up now with contact tracing and case management services.

“This is something that has been dealt with, and this will not be happening again,” she said at a news conference on Tuesday.

The Ministry of Health’s official death toll grew by 17 to 2,293. But the real COVID-19 death toll is at least 2,345, according to a CBC News count based on data from regional public health units.

About 79.5 per cent of all deaths were residents of long-term care homes. The province has tracked outbreaks of the novel coronavirus in 309 of Ontario’s 630 long-term care facilities.

This morning, the office of Ontario’s Patient Ombudsman said it would be investigating the “resident and caregiver experience” in long-term care homes after receiving 150 complaints. The announcement follows an investigation into provincial oversight at the facilities launched yesterday by the Ontario Ombudsman.

“Complaints from residents, family members and whistleblowers pointed to a crisis in Ontario’s long-term care homes,” the office said in a statement.

The Patient Ombudsman is not an independent officer of the legislature, but works for the government.

The role of patient ombudsman has been vacant for two years, since now-Health Minister Christine Elliott quit to return to politics.

The Ontario ombudsman investigation will look at systemic aspects of long-term care including complaint handling, emergency planning, data collection, infection and death rates and communication with residents, staff and the public.

Meanwhile, the number of patients in Ontario hospitals with confirmed cases of COVID-19 increased by 20, up to 801, but remains at levels last seen in mid-April.

Ontario’s emergency measure bans gatherings larger than five people. It also orders the closure of some businesses such as restaurants and bars, except if they offer takeout or delivery.

If the vote passes today, the measure — which had been set to expire today — will be extended for another 28 days.

Independent legislator Randy Hillier has said he will vote against the measure, saying it gives the government too much authority.

Ontario declared a state of emergency on March 17 as COVID-19 cases began to climb in the province.

At a news conference Tuesday, Premier Ford said the extension did not mean plans to re-open the province will remain on hold. Ford said his government is continuing to work on a plan for a regional, phased approach to reopening.

“We need a plan that recognizes the reality on the ground, in different parts of our province,” Ford told reporters.

He advocated for a “plan that will help us re-open safely without taking unnecessary risks,” adding that a second wave of the virus “is possible, so we must remain vigilant.”

Provincial health officials will not be holding their own news conference today. The Ministry of Health said yesterday that those briefings will now be held twice weekly, on Mondays and Thursday, as opposed to five times per week.

All Service Ontario locations to open ‘in the next couple of weeks’: Ford

Long lines have been seen outside many Service Ontario locations across the province because many have closed or drastically reduced their hours.

Last month, the government was urging people to stay away unless absolutely necessary.

But on Tuesday, Ford said all locations should open up “in the next couple of weeks.”

He urged people to go online until then.

“Beat the line up, and you can pretty well get everything online,” he said.

To help ease the lineups, the province has extended expiry dates on a number of items, including driver’s licences, health cards and vehicle plate stickers. Many services can now be accessed online, including licence and health card renewals, as well as birth, death and marriage certificates.