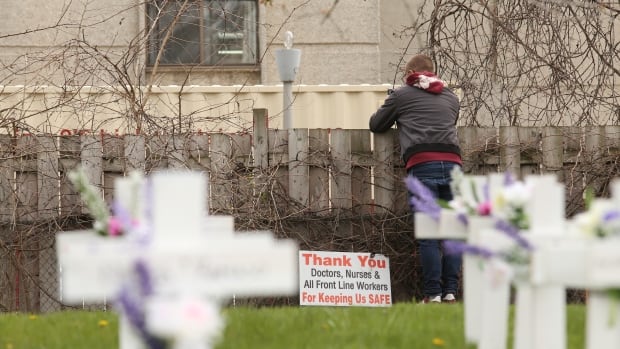 Ontario is launching an independent commission into the province’s long-term care system.

Long-Term Care Minister Merrilee Fullerton said in a statement released Tuesday that the commission will start in September, and in the meantime the government will be setting out terms of reference, leadership and timelines.

“An independent, non-partisan commission is the best way to conduct a thorough and expedited review,” Fullerton said in a news release.

“As we all take steps to contain this pandemic, the commission will get down to work and provide us with guidance on how to improve the long-term care system and better protect residents and staff from any future outbreaks.”

The Ontario Long-Term Care Association, opposition parties and the Service Employees International Union (SEIU) have all called for a full public inquiry into the sector, rather than an independent commission.

Those advocating for a public inquiry say it would result in a more thorough accounting of the long-term care system’s failures during the crisis.

The SEIU, which represents some 60,000 frontline health-care workers, said families of the dead “deserve the truth that only a public inquiry can reveal.

“It is clear to us that this commission can be neither truly independent, nor effective, if it is not structured as a full public inquiry,” said president Sharleen Stewart in a statement.

A government commission is not a public inquiry. It’s a back-room process – the same one Ford used to have Gordon Campbell justify his deep cuts. <br><br>Only a public inquiry will give residents and loved ones the voice, the answers, the respect and the change they deserve.

The number of long-term care homes experiencing an outbreak has grown over the past few weeks, even as the government has imposed more restrictions and implemented widespread testing for the virus.

Ontario has logged outbreaks at 280 long-term care facilities since the beginning of the crisis, 220 of which remain active.

The SEIU has also asked Ontario to temporarily take over the management of six long-term care homes, each of which has recorded dozens of COVID-19-related deaths.

Ontario becomes the first province to announce a wide-scale investigation into its long-term care system as a result of the coronavirus pandemic.

In Quebec, Montreal police and the provincial coroner’s office are investigating a facility that recorded more than 31 deaths in less than a month.

The province also announced on Tuesday it will begin reporting only lab-confirmed cases of COVID-19 within the long-term care system. The Ministry of Health says the altered system aligns more closely with its method of reporting cases in the larger population.

The change resulted in an increase of more than 1,000 cases in long-term care, primarily the result of existing cases being reclassified within the long-term care system.

Meanwhile, Ontario’s education minister is set to give an update Tuesday on the status of schools and child-care centres as some businesses in the province begin to open their doors.

Stephen Lecce’s update comes as the province starts the first stage of its economic reopening, giving the green light to retailers, some sports centres, vehicle dealerships and other businesses to resume.

But the province stresses those businesses still have to comply with public health guidelines such as physical distancing as they welcome customers.

The province ordered the closure of all businesses deemed non-essential in mid-March and recently allowed those with street entrances to offer curbside pickup.

Ontario reported 304 more cases of COVID-19 on Monday, bringing the provincial total to 22,957.