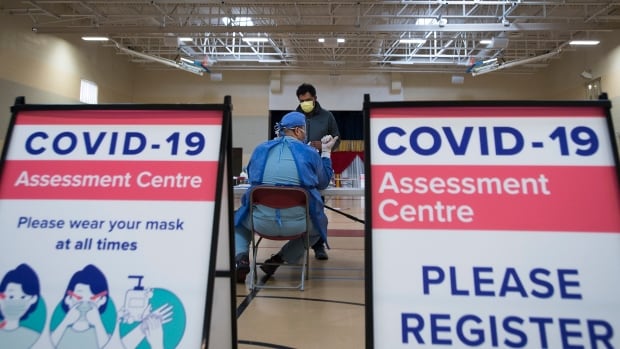 Premier Doug Ford is scheduled to hold a news conference beginning at 1 p.m. in Brampton. Ford’s office says he will be joined by several cabinet ministers, as well as retired general Rick Hillier, chair of Ontario’s vaccine distribution task force.

Ontario reported another 1,707 cases of COVID-19 on Tuesday as the number of patients with the illness being treated in intensive care units climbed to 193.

The new infections push the seven-day average of daily cases to 1,670, also a new record high.

Also included in today’s new cases are 299 that are school-related: 253 students and 46 staff members. Some 737 of Ontario’s 4,828 publicly-funded schools, or about 15.3 per cent, currently have at least one case of COVID-19, while seven schools are currently closed because of the illness.

There are now 14,524 confirmed, active cases of COVID-19 provincewide, the most at any point since the outbreak began in late January.

The new high comes as Ontario’s network of labs processed 34, 640 test samples for the novel coronavirus and reported a test positivity rate of 5.1 per cent. Another 34,000 tests were added to the queue to be completed.

Meanwhile, an internal Critical Care Services Ontario report shared with CBC Toronto shows 26 more people with confirmed infections of the novel coronavirus were moved into intensive care in the last 24 hours, bringing the total to 193. Just four days ago, 151 patients were in ICUs. Public health officials have identified 150 as the threshold for when scheduled surgeries and procedures need to be postponed or cancelled.

The province’s report today states that only 185 patients are in intensive care. The discrepancy between the figures is due to the timeframe used in the provincial data, which typically reflects numbers from the previous day. The Critical Care Services Ontario figure for ICU admissions is more current.

Further, a total of 645 people with confirmed cases of COVID-19 are in Ontario hospitals, while 112 are on ventilators.